Our legitimate Opposition Leader Beddoes said today that the use of police during the consultation process of the Draft Charter is part of the ongoing intimidation tactics used since 2006.

Its bad enough that the police cannot satisfactorily perform their task of catching thieves. 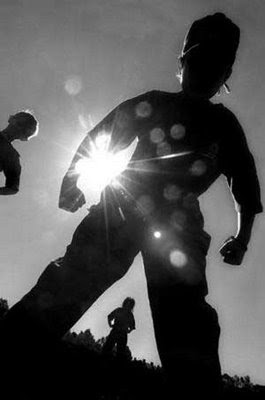 “So suddenly the junta can afford to now turn them into delivery boys whose mere presence at a home will intimidate people,” he said.

“Have we forgotten what eight cops did to one escapee recently? And what of their past actions in the deaths of innocent people?”

Mr Beddoes said it was NOT the role of the police to be part of the teams that go around to promote the Charter.

“No, this is not the role of the police and neither is it the role of civil servants,” said Mr Beddoes. “All the people participating in this exercise must be taken to task and charged with breaching their work conditions with the Public Service Commission.

“And what has the PSC to say about this? Nothing I presume, because they too are compromised and are part of the junta and will have to answer for their actions when we finally clean this mess up.”

And of course yes-man PSC chairman Rishi Ram could not be reached for comment , not that anything he said would be believed anyway.
____________

BTW - a wonderful ray of sunshine today with this news article . Thank you Fiji Water for being a great corporate Fiji Citizen.
____________

Also from the Fiji Times Editorial 14 Aug, an astute observation of the reckless pressure the junta is placing on our Civil Servants:

IT should be a matter of concern that civil servants are being used to propagate the People's Charter on behalf of the interim administration.

While civil servants are employed by the Government, they are bound to have differing views on the way forward for the nation.

Those who do not support the charter are likely to make a half-hearted attempt to disseminate information about the document.

And government workers who support the charter are likely to go out of their way to preach the gospel according to the National Council for Building a Better Fiji.

In both cases, those taking the message to taxpayers will, at times, attack the Constitution to which each of them owes allegiance. 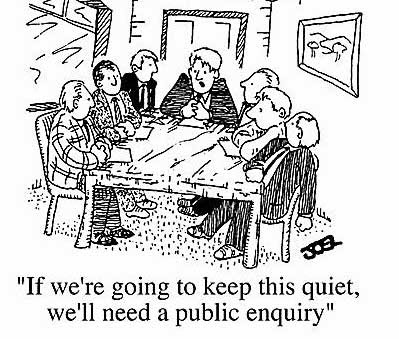 This will be an incongruous position and one which will not be easy to explain to the people of Fiji.

We realise that the interim administration has forced itself into this situation because it has no money.

The easiest option is, of course, to take civil servants out of gainful employment and transfer them to special duties.

In doing this, productivity across all government departments will be greatly reduced for several months.

If civil servants can be spared to preach propaganda to the masses, what useful purpose do they serve in the ministries or departments for which they work?

Successive governments have spoken about the downsizing of the civil service.

Perhaps the exercise will show once and for all how many workers are really needed for the administration of government policies....... it would be worthwhile finding money for a referendum which allows people to say what they feel about the People's Charter.

Unless that happens, any talk about democracy is hollow.

Posted by Discombobulated Bubu at 1:35 PM

Nice to see corporate citizens behaving responsibly - they could set an example for the junta where welfare is centred around the Military.
I was going to suggest that rather than using civil servants, one or two USP academics might be better served being messenger boys, but on second thoughts - not a good idea