The Giant Babakau Theory and more

After the 2006 Dec coup, I warned in many of my postings of the dangerous trend that was emerging from the rogue Fiji Military Men who engineered this coup.

This was followed very closely by many bizarre actions, pronouncements and publications (eg. Shyster Shameems justifications of her mate Frank' actions) - an all consuming-poisonous diarrheic outpouring of what we know as pure propoganda.

This hasnt stopped, but luckily for some of us, we have been blessed by our Lord with the gift of independant thought and LOGIC which enables us to see through pure bullshit.

Teleni's latest gaffe indeed stamps us as truly up there with the most loony in history.

Anyway you know the story but I for one am so sick of it. And I know of thousands of our people that feel the same way.

All the daily bullcrap and the looney bizarre way of thinking these people operate in. It has got to the stage where they truly really believe their own crap, and its is so warped, it truly beggers belief.

Anyway, to illustrate my point, if there was a contest held at the sorry institution that is currently the Fiji Military Forces Officers Mess for officers to submit theories on ANY subject the following results are what I believe would illustrate my point . ie the highly un-evolved and warped state of "logic" these people believe to be their truth :

Below are the winners: 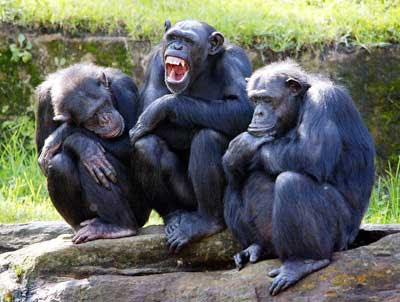 Listening leads to Yawning which is Contagious.

I yawn to equalize the pressure on my eardrums.

This pressure change outside my eardrums unbalances other people's ear pressures, so they then yawn to even out my pressure. 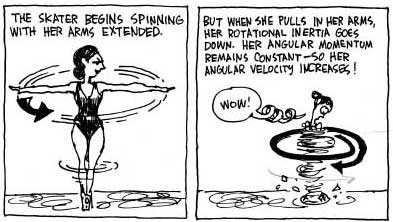 The earth may spin faster on its axis due to deforestation in the Fijian interior.

A simple analogy is as follows.

If you watch the interim Attorney General spinning around very fast, as he does quite often these days, you will notice that his rate of spin increases when his arms are brought in close to the body.

Using this analogy, you will observe that the cutting of these Fijian tall poppies may cause our planet to spin dangerously fast which is why we have to keep moving forward.
________________________

The quantity of consonants in the Fijian language is insignificant as they frequently travel and migrate.

If omitted in one place, they turn up in another. 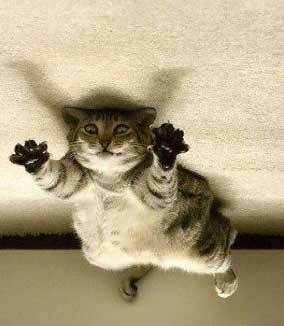 Therefore my proposal is to strap giant slabs of hot buttered babakau to the back of 100 tethered cats, the theory being that the two opposing forces will cause the cats to hover, spinning inches above the ground.

Using the giant buttered babakau/cat theory, I could perpetuate a constant hoveration over SDL and Mick Beddoes with this sub-judice-terranean craft, which would not be considered inciteful since it would be spinning off the ground and therefore not in the Public Order domain (since it was off the ground).
Posted by Discombobulated Bubu at 3:04 PM

Email ThisBlogThis!Share to TwitterShare to FacebookShare to Pinterest
Labels: The Giant Babakau Theory and more

Some solutions:
1. An infinite number of Fiji Military Forces men riding in an infinite number of Niranjans Rental utes fire an infinite number of shotgun rounds at COL Driti.
2.Prevent the Attorney General from bringing his arms close to his body by crucifying him. That way the planet is saved and Bubba can genuinely lay claim to the title of Christ Almighty, which is who he already thinks he is.
3.The most humane solution is to simply cut the bugger's toungue out. It won't prevent the dribbling but it will solve the consonant problem and has the added benefit that it may improve his musical skills in the woodwind and brass sections. Pucker Up Big Boy!
4.Strap the giant slabs of hot buttered babakau to COL Teleni, and as I just suggested on SV, shove him on a rotisserie on slow flame. If you're worried you can always eat the crust and throw away the pork in the toastie sandwich

Hahahahaha LOL. Well done @Tim !!! Crispy Poke ... hahahaha....I wonder what would happen to the eyeball if spun too fast on the rotisserie ?
ROFL ... hahahahahahaha

People like Teleni Leweni Bainiweni Aiyaseni lack a fundamental morality that for normal people would inherently add the virtues of goodness, honestly, fairness, and a decent sense of what is right and wrong to one's moral and behavioural make-up , or personality.

Add to this missing ingrediant, the sudden trappings of money and power they have grabeed and what does this equate to ?

The answer is the corrupting of the soul, blindness to other people's suffering (ie. selfishness and greed), and a sudden total totalitarian view of life.

The "big Man's" status overwhelms all other life issues.

Finally add to this mix, a very limited worldly education, coupled with the Yes Sir No Sir indoctrination of the military, and post traumatic stress disorder, and we get people with extremely narrow views of what makes the world tick.

Kamay Iyer hits it on the head with this comment :

..... above all, how can the deposed Parliament and Government, whose members' treason complaints have been literally thrown into the rubbish bin on the basis that the complaints lack legitimacy because the usurpers of democracy who are in power are the legal rulers until told otherwise by the High Court, be expected to legalise constitutional changes?

If the protagonists of this theory think otherwise, then they must first insist that the complaint of treason is legitimate and must be investigated.

Surely, the main actors in the regime are far more fluent in the English language and know the difference of "Okey kokey" from "OK" unlike Mr Brown's foreign students in Mind Your Language ???

Otherwise Fiji's painful comedy will be a never ending drama.