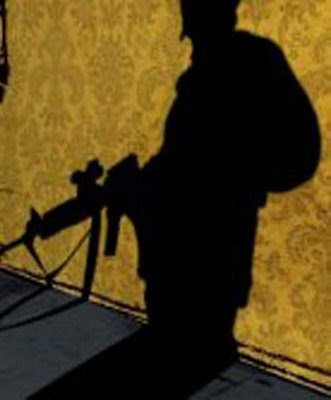 Posted by Discombobulated Bubu at 10:09 PM

My sentiments exactly - there is nothing to celebrate today.

The country is living in duress under a madman dictator.

The impartiality of the judiciary is completely gone. The justice system has caved in to the gun and therefore no longer protects the people.

The police cannot be trusted, and there are military soldiers running the machinery of government which they know nothing about - indeed are completely incompetent to do so.

We can tell this because the economy is going in the same direction as water out of the toilet, so are the people's wages and jobs.

Poverty is escalating, crime is at an all time high and now that the courts have ruled the most treasonous crime of all - a coup - is legal, welcome carte blanche to crime - all legal - help yourself. Rob , steal , thief, kill ..... hip hip hooray - it s all legal ... anarchy here we come.

This is a very bleak day in our history. I curse all 3 judges and pray the hand of judgement strikes them all down!

LISTEN TO THIS MAN ABOUT THE JUDGEMENT :

"I was a legal reporter for six years here in Australia.

In that time I saw some strange rulings, because the law, as we know, is open to interpretation. In the case of Constititional matters things can be even more sticky, if only because constitutions are necessarily broad documents with broad brush clauses that could be interpreted differently. We in Australia have had differing views about constitutional matters for many years. Rarely are all the judges in our High Court (the finest legal minds in the country) all in agreement over the cases they have been hearing.

So when I first heard the news that the Fiji High Court has ruled that the Fiji 2006 coup was legal, I thought I must not have been hearing the whole story.

So the Fiji High Court accpeted this timeline, it would have to be interpreting the Fiji Constitition as saying that the military has the right to take government from a democratically elected leader by force.

So the High Court says Commodore Frank Bainimarama and his soldiers were legal in throwing out Prime Minister Laisenia Qarase.

As one person said to me yesterday “So much for democracy. ” This was a person who comes from a one-party communist country. He knows a heap about democracy or the lack thereof.

Democracy, a phrase invented by my forebears, means ‘people power’. We are yet to have a perfect democratic system anywhere in the world, but in Fiji we have the extraordinary scenario of a people’s constitution that has been interpreted as leaving out the ‘people’ bit."