How to Recognise an Authoritarian - PART I

Happy New year Fiji. I begin this year with renewed spirit especially after hearing that we now have an official "Back to Democracy Movement". I have been giving much thought to the patterns emerging with the Regime that is hell bent on sinking Fiji, and with the help of faithful email correspondents who have sent me some of what follows , I have put together some food for thought for you.

How to Recognise an Authoritarian - PART I

Authoritarians are basically people with low self-images. They react to their own negative self-image by focusing on externalities.

They aggressively throw their weight around in an effort to disprove what they already know -- that they're stunted, empty people.

All the greatest autocrats of this century: Lenin, Trotsky, Stalin, Mussolini, Hitler, Mao, Pol Pot, Saddam, and others -- were ruthless, paranoid individuals who validated their low self-images through relentless pursuit and acquisition of power. There are countless more out there, too.

The authoritarian wants power, period. And they will do anything to get it. But the trick of their game is that they have to trick the rest of us into letting them get into power before they can consolidate their position - or take it if they can. Tyrants only sit secure if you let them.

Reliable sources tell us that Qarase's government recognised Frank's ambitions and were working to ensure that this critical early stage was never realized by working on legislation that would have downsized the army considerably. They were trying to destroy the means by which power was being concentrated by Bainimarama, the Army's power structure itself, and prevent it from resurfacing in newer, more insidious forms. 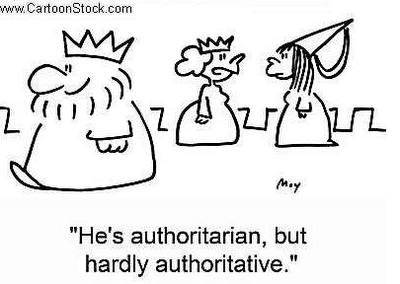 Make no mistake, Franky realising his power base was going to be taken from under him decided to consolidate his power base. He started with sacking all of those officers he deemed either had a brain or two and those would not bow down to him. He then cultivated the rest of the uneducated ones in the ranks.

1. AFTER GETTING INTO POWER, DRAFT A SET OF RULES FOR EVERYONE ELSE TO FOLLOW

This is the single most important step for an authoritarian. You must draft a set of rules, laws, dictates, doctrines, and expect that everyone conforms to these. Manifestos do the job, but any form of political/ideological dogma will do. These include lovely words like "Decree, Committees, Charter, Reviews, Moving Forward, and "roadmap" to fool the public.

2. EXEMPT YOURSELF FROM THESE RULES

Nearly as important to drafting these rules is that you must exempt yourself from these rules. Otherwise, your freedom of action will be too constricted, which no authoritarian wants! So immunity is granted by Presidential Decree to the Military - all of them including the ones that murdered Rabaka, Verebasaqa & Malasebe.

3. ALWAYS SAY THE OPPOSITE OF WHAT YOU MEAN

Absolutely vital. Use sweet words to mask horrible deeds, and use horrible words to describe good things. Examples of this abound. For example, when Franky says(many times) "so and so are not acting in the national interest. " -- what he really means is "not acting how I want them to act".

But he couldn't come out and say that beforehand, so he says again and again things like : we must move the country forward together " and " you must accept what has happened" and "don't listen to the few self-serving individuals who are pursuing their personal and political agendas" (helllllooooo !) , to hoodwink worker support into thinking what he is saying must be true.

No one will follow you if you say "I'm going to enslave you" -- so you have to say "I'm going to free you" and "lets move the country forward together " then tell them how, once you have their attention - like using security decrees "to keep the peace" and nice words such as "roadmap", and "implementation strategies".

Truth is invariably the enemy of the authoritarian, and must be avoided, twisted, or warped at all costs. George Orwell's 1984 lines about "war is peace, freedom is slavery, ignorance is strength" perfectly illustrates this tactic. Using religion to enforce this distortion of the truth (ie Teleni's Bro as wanna be messiah) is so rampant in Fiji it takes a brave person to sift through this garbage and tell it like it is.

Decentralization is invariably a threat to the authoritarian, as it disperses power.

So the authoritarian always seeks concentration of power in the fewest hands possible, most preferably their own. They will, then, act to ensure that decision-making power and initiative remains tightly focused, instead of broadly dispersed.

They will try to build structures in any organization which funnel and channel authority in their hands, although they will never say they're doing this . Good examples of this are : FICAC - the central anti-corruption gestapo unit, all the boards and authorities they have sacked good people from and placed their puppets in, and the pivotal roles within Law and Order - ie judiciary and Police to name a few, FIU and all the Ministries that Bhaini personally has in his hands (Public Service, Charter, Information, Finance, National Planning, Foreign Affairs, International Co-operation and Civil Aviation.)

The aspiring authoritarian wants most of all to become a leader; to become vital, necessary and important. (I saw Bainimarama up close and personal when announced as Fiji's PM at a recent function, and didnt his chest puff up like a kula in heat and his lips quiver with excitement at the thought that people were just worshipping at his feet. Woilei de mad dog !) 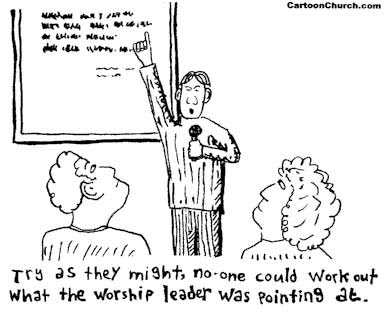 However, back at the ranch, the way to do that is through rigorous & shameless self-promotion.

They beat their own drums endlessly, and will seek to establish a reputation for themselves within a movement as a leader. They want recognition, and will do what they can to get it.

Related to the rampant self-promotion of the authoritarian is that they seek to bolster their low self-image by creating the cult of personality required for their leadership. They seek to make themselves the driving force, the lynchpin of any given movement, to the extent that if you took them out, the rest would fall into oblivion.

Usually you can only attain this demigod status after you've whipped your pet movement into line and smashed all dissenting voices like the media, womens voices, and if you can, the bloggers.
____________

Posted by Discombobulated Bubu at 7:06 PM

Email ThisBlogThis!Share to TwitterShare to FacebookShare to Pinterest
Labels: How to Recognise an Authoritarian - PART I

Indeed it is so true. Its unfortunate that many with socialist ideals (the "from each according to his ability, to each according to his need" - which is also something no true Christian could object to), let their egos get the better of them in the way you describe. The authoritarian or extremist with what he or she thinks is socialist actually end up being the worst facist bastards on the face of the Earth.
Your posting so aptly describes nearly all in this illegal interim government, from the pistol shooting Human Rights pretender to the closeted i-AG, to the unstable village idiot himself.
Check out one of your previous posts on Facism - also very apt.