Sent to Bubu by a Fijian Youth Activist for publication ..
Suva, 26th January, 2011

A revolution is needed in Fiji
Since the illegal abrogation of the 1997 constitution in April 2009 by the Military Government in Fiji, the mood within the nations's borders have been clearly under-reported and severely downplayed by the regime and the conforming / suppressed media.

The Economy is facing a precarious future, as the censored media provide State-run-propaganda that is supposed to boost consumer spending and investments .

However, these propaganda tactics are not working, hence the flood of debt Fiji is acquiring to support its militarization of the State and win the hearts of communities.
Once again, IT's NOT WORKING 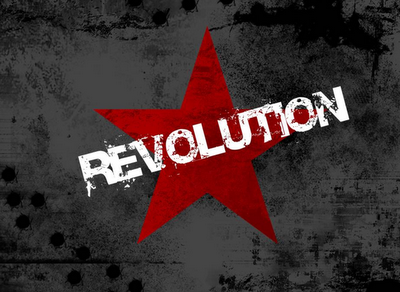 We have a Attorney Generals Office that churns out a multitude of Decrees with no solid support or back up mechanisms in place to guarantee it is followed.

In addition our Judiciary is falling apart from the helms, with most magistrates and judges sitting under the new order with less experience and little or no memory of Fiji.
Many NGO's and stakeholders in the return to Democracy in Fiji have censored themselves after a short history of intimidatory and abusive State run tactics that are fueled with a atmosphere of impunity.

The Fiji Democracy Movement based in Suva has decided to stay quiet while Fiji slips into a deep abyss.
As a young person, I have had enough of all the rhetoric.

It is time to act, FIJI needs a PEACEFUL REVOLUTION that involves the changing of our MINDSET and realization that we must peacefully react AGAINST the direction its Military Dictators are forcing us down.
It pains me to see how so much lies and propaganda has been laid, and so many of our freedom fighters have been hunted down and crucified in our media and judicary by this regime. I am deciding to speak out and say it out right ... THIS IS NOT WORKING - we need a change in direction NOW.
I will be pushing for more DIALOGUE and more peoples peaceful actions in the coming days. I know we will get much support in this.
In Solidarity
Youth Activists - Fiji
Posted by Discombobulated Bubu at 7:18 PM

Email ThisBlogThis!Share to TwitterShare to FacebookShare to Pinterest
Labels: Fiji Needs a Revolution

Good on you mate. Viva le revolution! Now give me your details so that i can join the revolution! Otherwise i will know for a fact that you are just a coward just trying to stir up shyte.

come on FIJI rise up