International airline Air Pacific – soon to be rebranded as Fiji Air – has been exposed as one of the world’s major carriers of shark fins into Hong Kong.

In an extensive investigation, the South China Morning Post has reported that the airlines’ new Airbus A330 aircraft were, according to a group of pilots familiar with its operations "basically a thinly-disguised freighter" carrying shark fins to the territory from Pacific islands.

Hong Kong is the world centre for shark fin trading with the fins used to make an expensive soup.

A coalition of environmental groups claim in a letter to the airline that a “substantial amount” of the shark fins imported into Hong Kong arrive on Air Pacific.

We sought reaction from the main stakeholders in the regime who produced the following responses.

FROM the outgoing airline's Chief Executive David Finlarger and the Regime's swanky Attorney General Mr Aiyarse Finyum the following correction to our story: 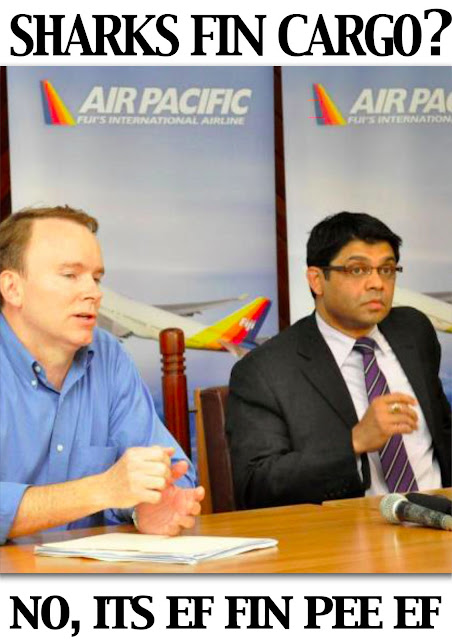 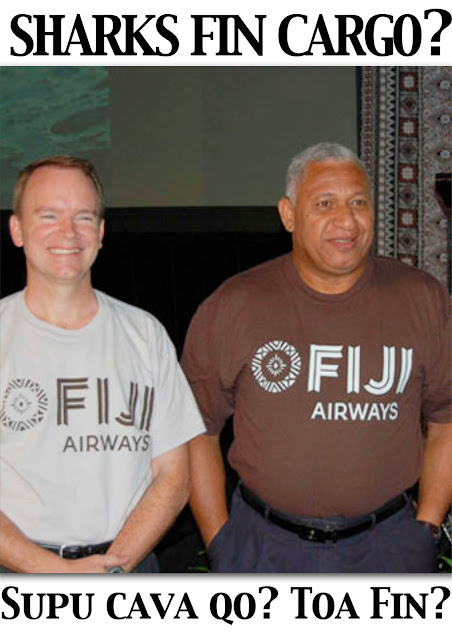 Posted by Discombobulated Bubu at 6:25 AM

Hahahahaha ... hey Pfliger have some Morfin !

Anyone else reckon that Pfliegs here has gone a bit overboard with the Botox on his forehead?! Vain poofter that he is.