Ethical Tourism for Fiji - it is time


Hopes for free and fair elections to return to democracy in Fiji are fading fast following the rejection of constitutional reform by the military regime and continuing repression of workers’ rights. 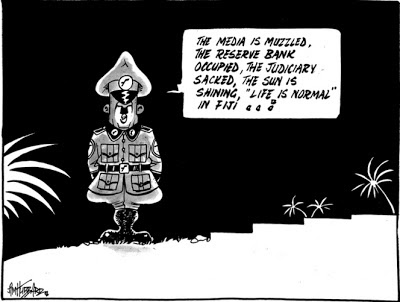 Any pretence that next year’s election will usher in a return to democracy and human rights appears to have been dashed after the regime recently binned a draft constitution prepared by an independent panel.

With time running out, the global union movement is ramping up a campaign to put pressure on Fiji restore democracy.


While not advocating a boycott of tourism to Fiji, it urges consumers to look beyond the picturesque postcards to the reality for Fijian workers.

The increasing pressure comes ahead of the relaunch of Fiji’s national airline, Air Pacific, under a new brand, Fiji Airways, in June. 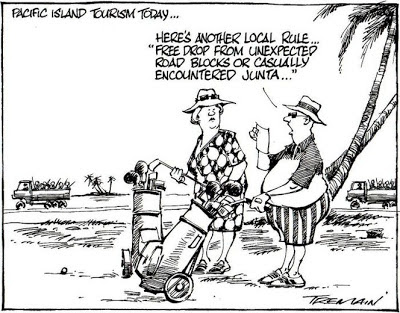 Beyond the coastal resorts and hotel compounds where holidaymakers usually stay, the presence of poverty in the villages of Fiji is clear. The juxtaposition between the local communities and the hotel compounds is stark in Nadi (Fiji’s third largest city) and along the Coral Coast.

In the local communities – unlike in the hotel compounds – running water, sewerage systems and electricity are unreliable.  And the cost of living is sky rocketing.
These communities are the face of the poverty challenge in Fiji: over 60 per cent of workers earning a wage and a salary are living below the poverty line.

And while there are many holiday destinations in countries where poverty is a challenge, often the governments in these countries are working towards poverty elimination.

In Fiji, the military dictatorship that came to power following a coup in 2006 is exacerbating the problem.


Instead the regime of Commodore Frank Bainimarama has ruled by successive decrees that have stripped citizens of their voice, curtailed the media, restricted people’s movement, required permits for meetings of more than three people, and enabled the military and police to detain people without charge for up to 14 days. 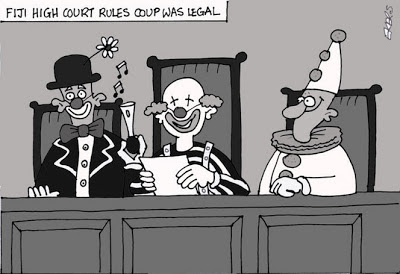 When the highest court in Fiji found the coup to be illegal, Commodore Bainimarama sacked the judges, abrogated the constitution and appointed himself Prime Minister.

The regime also sacked an independent judiciary, sacked magistrates that the regime itself appointed when they showed independence from the regime, and introduced a decree that prevents any court action that questions the validity of the regime’s power and decisions.

The regime has shown disregard for decent work – a central pillar of poverty alleviation and sustainable development.

“All the draconian decrees are there for everyone to see and there is no running away from the fact that it blatantly violates workers’ rights and human rights”, says Fiji Trade Union Congress National Secretary Felix Anthony. 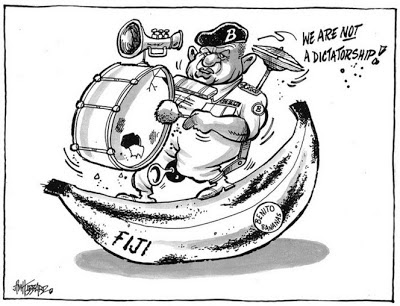 In 2011, approximately 15,000 public sector workers were removed from the workplace relations legislation that protected minimum conditions of work, wages, and the right to bargain collectively.

In key private sector industries, workers were given 60 days in 2011 to renegotiate their collective agreements without union representation. If they failed to do so, corporations could unilaterally introduce individual contracts with revised wages and conditions.


Workers and trade unionists have been the most vocal opposition to the regime, and as a result, unionists have borne the brunt – harassment, intimidation and assault – of a regime trying to suppress opposing views.

The International Labour Organisation (ILO) has expressed serious concern about these developments.

A high level mission was sent to investigate in late 2012 but was kicked out by the regime.
At the time, Juan Somavia, Director-General of the ILO, strongly condemned the “Government’s unilateral decision which puts a greater spotlight on the critical situation of freedom of association in Fiji”. 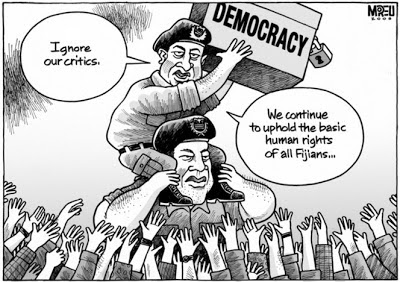 In a recent survey, 60 per cent of indigenous Fijians responded that their human rights have been curtailed and suppressed since the 2006 coup.

As preparations progress for elections slated in 2014, it is timely to remember Amartya Sen’s comments on democracy:

Draft constitution
This is certainly not Commodore Bainimarama’s view of democracy.

The preparation of a draft constitution by an independent commission was thrown out by the regime. Fiji’s interim Attorney-General, Aiyaz Sayed-Khaiyum, in explaining this decision said the draft did not capture the views of the majority of people in Fiji. 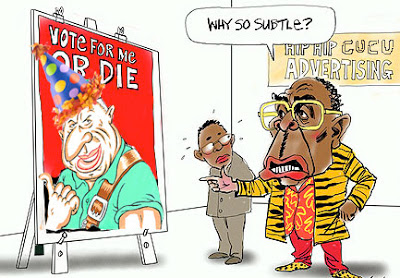 The truth is that the draft constitution was prepared by an eminent constitutional scholar after receiving over 7000 submissions. The real reason was revealed by the Attorney-General in the same interview: the proposed constitution would challenge existing decrees and undermine the immunity of individuals involved in the 2006 coup.


So instead of a new constitution that gives the Fijian people a voice in reviewing decrees inconsistent with internationally recognised human rights that were unilaterally introduced and challenging immunity to coup perpetrators, the regime has now prepared its own constitution.

The regime has also introduced a decree on political parties that breaches basic principles on freedom of association. So it is becoming increasingly clear that elections, if they happen at all, won’t be free and fair.

What to do in a situation where a regime won’t get serious on human and workers’ rights?
This week Equal Times is launching a new global online campaign to call on Fiji to respect workers’ rights.

People from around the world can take part in “Destination Fiji: a vacation from workers’ rights” by sending an email to their country’s foreign minister calling for Fiji to restore human rights and genuine democracy.

The online campaign will continue until a day of action by Australian unions on 8 June, which is the date of the first scheduled flight of the new Fiji Airways (currently known as Air Pacific) to Sydney.


“It’s time to turn up the heat on the Bainimarama regime,” says ACTU President Ged Kearney. 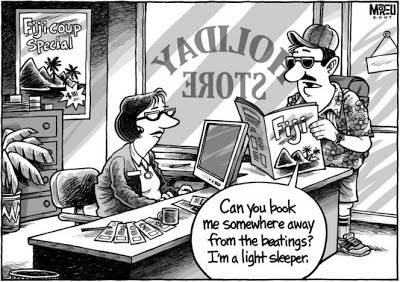 “Next year’s elections are rapidly becoming a farce, while the repression of workers’ rights is steadily worsening.  International pressure must be brought to bear on the regime to bring its practices into line with human rights standards and to repeal draconian measures that have stripped workers of their fundamental rights.

“Fiji tries to present a smiling, idyllic face to the world but the reality for Fijian workers is far different. Potential visitors to Fiji need to be aware of the truth.”

From experience with South Africa during Apartheid, and more recently the campaigns in response to dictatorial regimes in Zimbabwe and Burma, it is known that tourists think that it is unacceptable for people to live in communities where human rights violations occur on a daily basis and where there is a lack of democracy.

Perhaps it is time to rethink Fiji as a travel destination because travelling to Fiji means a vacation from human and workers’ rights.

Posted by Discombobulated Bubu at 8:15 AM

Email ThisBlogThis!Share to TwitterShare to FacebookShare to Pinterest
Labels: Ethical Tourism for Fiji - it is time