Sordid display of rigging prior to Sept Fiji Elections 2014

When the self-elected Minister of Elections in any country goes out to register a Domain name (that will in a couple of years turn out to belong to the incumbent dictator in residence), and pays for it himself PRIOR to the announcement of the proposed elections in that country........

churn out a whole series of decrees to protect that incumbent dictator in residence, and all his officials from prosecution prior to and after the elections (being promised) ,

A self elected Monster of Elections who is every part of the following description : 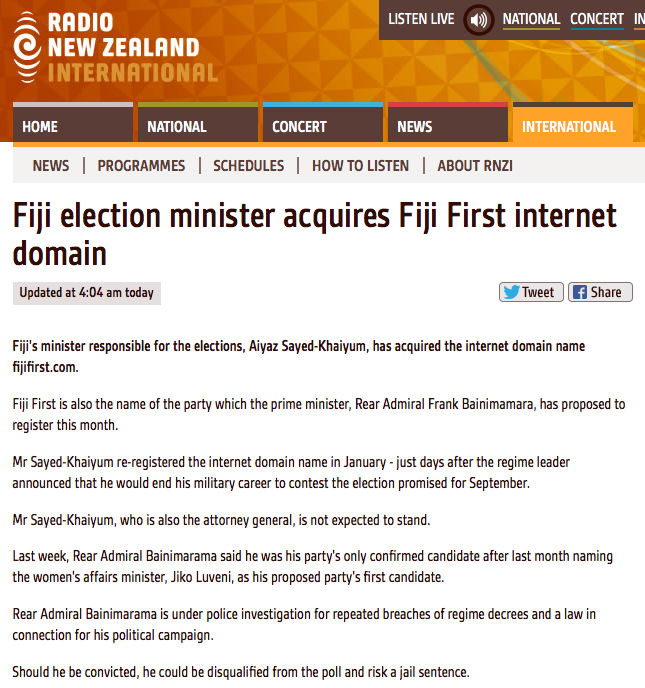 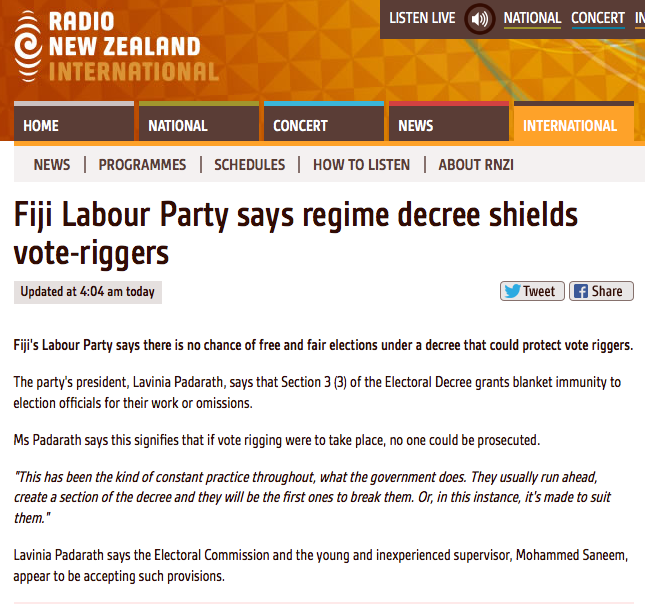 Posted by Discombobulated Bubu at 10:38 AM

Email ThisBlogThis!Share to TwitterShare to FacebookShare to Pinterest
Labels: Sordid display of rigging prior to Sept Fiji Elections 2014