A permanent solution to the coup culture in Fiji ?

The election result was something of a foregone conclusion given the degree of control exercised by the erstwhile dictatorship over all aspects of political life. 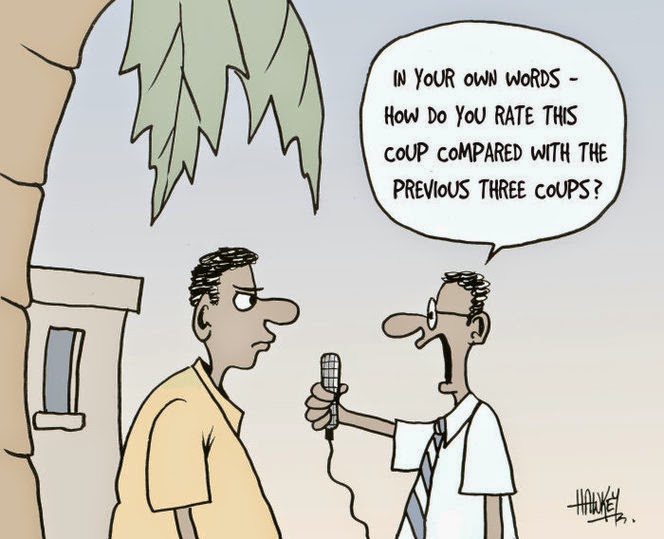 Draconian decrees restricting fundamental human rights such as freedom of association, freedom of assembly, freedom of speech, and freedom of the press meant that opposition voices would have trouble being heard.

Control over the news media was especially important for Frank Bainimarama to gain legitimacy as elected prime minister, and it was assured by intimidation of both Fiji TV and the Fiji Times under the Media Decree. The Fiji Sun and FBC, meanwhile, could be counted on for shameless cheerleading on behalf of the regime.

Scottish writer Andrew Fletcher (1655-1716) observed that “if a man were permitted to make all the ballads, he need not care who should make the laws of a nation.” That was back when ballads were the main means of spreading the news, which even 400 years ago was well understood as the key to forming public opinion.

Now imagine if a politician could both control the news AND make all the laws of a nation. How would you like his chances at the polls?

That was the situation in Fiji for almost eight years subsequent to Bainimarama’s 2006 coup. The only real surprise is that he didn’t take all 50 seats, as he boasted he would. That Sodelpa managed as many seats as it did speaks to the depth of indigenous outrage that will not be going away anytime soon.
The real question is whether Fiji could handle a genuine democracy with a free press, or if the country needs an über-authoritarian strongman like Bainimarama to keep control. 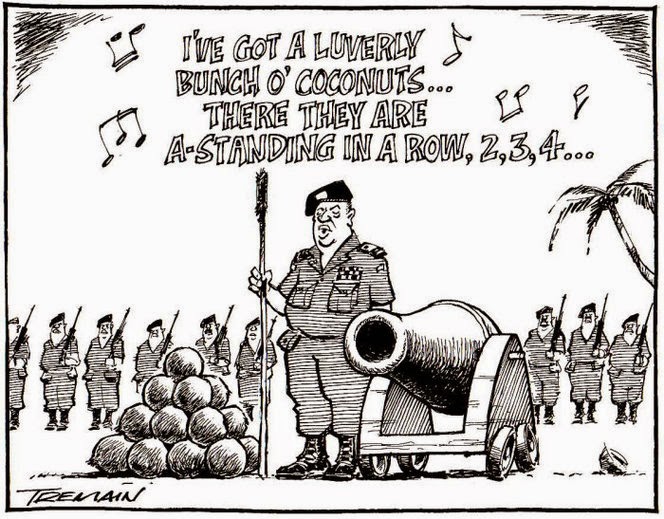 Those who claim the latter is true point to the country’s history of coups dating back to 1987. Some blame the press for fomenting the 2000 coup, which on my reading of the record seems specious, at best.

But the fact remains that Fiji’s two solitudes have shown they simply cannot play nicely enough together for a real democracy. Calls for an end to the “coup culture” that has bedeviled the country have perhaps been answered with a militarisation which has seen an elected government laced with army officers.

Combined with restrictive decrees which amount to almost as much government control as during martial law, the result is perhaps a permanent state of coup which will indeed preclude future coups.
Posted by Discombobulated Bubu at 3:19 PM

Email ThisBlogThis!Share to TwitterShare to FacebookShare to Pinterest
Labels: A permanent solution to the coup culture in Fiji ?