Remember the Cold War, remember when it mattered?

In the mind of Voreqe Bainimarama and his band of slavish Haw-Haw Followers we are still in it. Somehow, to their way of thinking, the Berlin Wall did not come down and China is still killing sparrows in the Great Leap Forward .....

Thus, we see weird, panicked claims that somehow Fiji is about to make some kind of diplomatic and trade policy switch that spells disaster to Anzac regional domination and control.

Feverish scribbling flows from these limited geographical non-thinkers which says "Suva is aligned with Moscow ... tragedy in Wellington", or, "Moscow is roaming around Suva with money, disaster for Canberra".

The real puzzle is why this little side-show matters a jot.

Bainimarama, a soldier whose sole combat experience came when his own soldiers fired guns at him, is now in that revolutionary world of Dubai announcing that he has taken Fiji into the "non-aligned movement" and has a "look north policy".

Non-aligned? Its like he announced he had gone to Big Sur and seen the light with Timothy Leary. Hey man, that is so yesterday! The Non Aligned Movement was founded by India, Egypt and a now non-existent Yugoslavia. These days India wants no part of it and is furiously engaged in getting as close to Washington as it can.

India puts serious and heavy diplomatic hitters into Wellington and Canberra; its Suva post is staffed with has-beens.

The Non Aligned Movement currently has 118 members. At its next summit the commodore will find himself sitting between Meles Zenawi and who ever replaces the recently departed Omar Bongo Ondimba.

Quite why Wellington and Canberra should be worried by the check by jowl relationship Fiji will have with Ethiopia and Gabon will take some skilful blogging.

Frankly, I don't think it is even vaguely important.

The commodore's whole non-aligned thing sounds like a kid throwing a tantrum; and as any parent knows, the best approach to that is to ignore it. Bainimarama has also adopted a "look north" policy, the self-same one that Sitiveni Rabuka adopted. Due north of Fiji is the Baring Strait and lots of ice.

The reality that Suva has to grapple with is this; it had nothing to sell the world. Absolutely nothing. 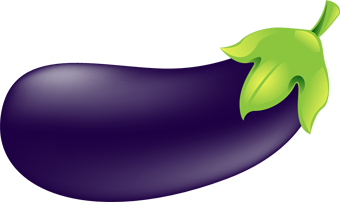 At the base though in this silly thinking is a kind of zero-sum game.

This says that if New Zealand "loses" Fiji, the gain is in Moscow or Beijing. Its beyond comprehension that global thinkers in China and Russia will see triumph in knowing that they control Trapps and Bad Dog, and New Zealand doesn't.

It gets even more silly when, as some law-breakers argue, that if the Arab League (another remarkable body of great significance in the name than in practicality) gives Fiji US$50 million - or whatever - that is some how a "loss" to New Zealand.

An economically healthy Fiji - healthy with whoever's money - is actually a gain to New Zealand. Wellington would prefer a well-ordered economy next door rather than a basket case. Guess what; Fiji money is spent in New Zealand and Australia. Always will be.

The ultimate stupidity in the argument comes when these geographically illiterate souls argue that Suva will become friendlier with Beijing, or Moscow, or even Kuala Lumper. Friendly with Beijing? That's the same Beijing with has an all en-compassing free trade agreement with Wellington? Oh yes, the same. Suva hasn't even got pasted the door Beijing has marked "Beggars and others wait here".

Oh, and Bainimarama is sitting at the back of the room with the Arab League in Dubai.

That's the Dubai, is it, that is connected to New Zealand by airlinks, and the Dubai with an extensive free trade agreement with Wellington ?

So why should anybody be worried that Bainimarama is skulking off to avoid the tsunami in Dubai?It is not going to change any single aspect of the diplomatic, strategic or political matrix of the Pacific.

Bainimarama remains the military thug who seized power with guns.

Posted by Discombobulated Bubu at 4:56 PM

Email ThisBlogThis!Share to TwitterShare to FacebookShare to Pinterest
Labels: anyone?, Baigani

He sums it up pretty well...and if you recall way back when, all predicted. Frank is on a road to nowhere as are his enterage of opportunists. The shame is that he;s burying Fiji and its population in the process, though still many haven't yet woken up to the fact. Having said that, we shouldn;t forget Michael Field predicted much of this way way back in about 2004 whe he dealt with a number of Pacific hotspots.
However NZ and Australian foreign policy has simply meant that they're destined to "mop up" after it all turns to shit - which inevitably it will - damn near already has. And all for the sake of a dysfunctional bitter and twisted ego-maniac with a number of opportunists pulling his strings.
The sad thing is, it all could have been avoided.
But if Frank thinks he's "winning" - which he does (embouldened by a few expats stationed offshore in the relative luxury of Australia and NZ), they're more than delusional. They need only look at the stats - but then why spoil a good pro-coup blog or two for the sake of the bleeding obvious.