Let the implosions begin.
Fijians breath a sigh of relief that this prime dimwit has been let go to the care of Atu 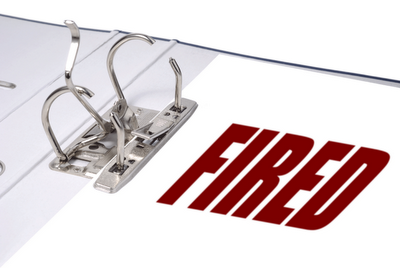 Bubu has had some information come to her recently that is quite explosive. My sources are understandably nervous about revealing themselves suffice to say they live and breath police work.

They are sufficiently and understandably outraged about the abuse they have received under the hand of the regime and Teleni in particular, and wish this abuse exposed. They are also concerned at the manner in which they are being used to knock down traditional Fijian institutions under the guise of 'law'.

Their traditional oath to protect and care about the people has been superseded with one that demands loyalty to a dictator and his interests only.

As a police force, my sources say, they are being ordered to persecute, prosecute and spy on citizens whose only crime is to be critical of the regime. Courtesy of the military-led police they also have a secret watch list of citizens who have not been charged with any crimes but who are "visited" from time to time by police for the purposes of intimidation. Many of these good people have been so harassed, they have been forced to leave Fiji.

The police under Teleni were ordered to trump up charges , make up stories and lie about citizens in order to further the junta's programme for suffocating their critics. My sources have showed me a menagerie of conflicting & contradictory memos issued by Teleni and other senior military stooges that instruct them to NOT investigate any public complaints against any member of the military even if these actions contradict the law and pervert the course of justice. One of these memos specifically names the SDL & Mick Beddoes parties and instructs police NOT to take down or act on any of their complaints. Another directive specifically instructs on police action in regards to the religious persecution of the Methodist Church hierarchy in Fiji, and what steps to take to actively persecute, charge & disrupt their services and meetings. There are numerous others that are a continuing antipathy of the original policeman's oath, including the harassment of internet cafe users.

In early 2009, the homes and cars of several anti-government civilians, including Saikiusa Raivoce, a former military man & Bainimarama critic; unionist Attar Singh, head of the New Movement for Democracy, Fiji Times editor in chief Netani Rika ; and lawyer Akuila Naco, were attacked with rocks & Molotov cocktails At year's end police investigations had not resulted in any arrests or prosecutions.

Our police sources say they knew who was responsible and that these people were drawn from a special Fiji military terrorist cell specifically set up for this purpose. However the police team was told in no uncertain terms to "look in the other direction" by the god-fearing Jesus Commissioner himself.

Also being revealed now is how scornful Teleni was to the Women's Rights Movement and Fiji Women's Crisis Center, especially after Shamima Ali mocked his police dancing brigade. His advise to officers soon after this was to "leave the women's complaints to the customary practise of reconciliation" and "don't waste time investigating".

Now, amongst the other morally-glaringly-obvious issues as presented above, if Aiyass and his regime be believed about all their talk about transparency and accountability, let the questions be asked now, about the millions of our taxpayer dollars that Teleni passed his grubby hands over :

* how much exactly did Teleni spend directly with his brother's religious cult programme forced down the throat of the police force ? (Our sources say over 5 million dollars was siphoned off in this direction)

* how many needless overseas trips with entourage, did Teleni take and for what stated purposes. (Our sources say trips were taken for medical and sightseeing purposes - all paid for by the taxpayer)

* how many millions were spent on the designs of , and the purchase of new police uniforms, disposal of old uniforms, and the design and purchase of new lapels and badges (Our sources say this was in the millions especially as Teleni had to go to India to see for himself, then he had the audacity to take deductions from police officers for something they had no say in changing.)

* How many hundreds of thousands of taxpayer funds were spent on cult dance indoctrination workshops, and crime-free-centre propoganda? (Our sources say what was wasted in this arena is unbelievable)

* How much in financial kick-backs has Teleni accepted from Padam Lala and other businessmen in the community? (Our sources in the bank tell us of amazing deposits into Teleni's family account)

* Will we ever know the extent of Teleni's mismanagement of funds in the regimental mess fund?

* Will Fiji ever be repaid the money that Teleni owed to NBF and to the FNPF ?

* Will the real crime statistics that he ordered his officers to concoct be released ?

* Will we be told the real story of the cover-up that Teleni ordered on the files of the unsolved CRW murders ? (Our sources tell us that all files to do with Police Commissioner Andrew Hughes investigation into Bainimarama, Ganilau , Teleni and other shady coup individuals have all been destroyed on the orders of Teleni)

Posted by Discombobulated Bubu at 11:58 AM

As an ex policeman I revisited my oath and this is what it says:

... of ... do solemnly and sincerely declare and affirm that I will well and truly serve Queen and country in the office of .....(rank) , with fairness, integrity, diligence and impartiality, upholding fundamental human rights and according equal respect to all people; and that I will, to the best of my power, cause the peace to be kept and preserved and prevent all offences against people and property; and that while I continue to hold the said office I will to the best of my skill and knowledge discharge all the duties thereof faithfully according to law."

According to the laws of Teleni, there has been no adherence to the fundamentals whatsoever.

In answer to some of yr emails - yes Teleni was pushed ie fired.

The resignation ploy is just that - another subterfuge to cover up the fact that their is disharmony in the camp of rogues.