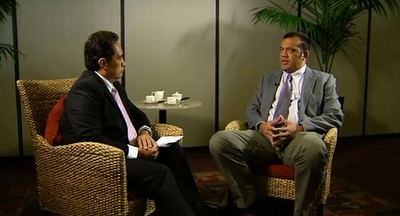 You may watch his interview with the NZ Tagata Pasifica programme above .
Posted by Discombobulated Bubu at 1:13 AM

Ului Mara and his gang of buutraki se baci buutraki Fiji -------- It is a joke to see a person like Tevita Ului Mara whose name was notorious for ill-treating and persecuting those who were called to the Nabua Camp during Fiji Coup 2000 and straight after coup 2006 to be trying to go against his gang Voreqe and the rest of the pack back at the camp. Ului was the head of the 3FIR which means in military terms that it was through Ului’s instructions as the 3FIR head that a caka kina na veivakamatei, veibuturaki, kei na veivakalolomataki. Ask military personnels who were there at the time and those whose family members were killed in the former Counter Revolutionary Warfare Fiji army group and ask them who vakamatea their loved ones? They will mention no other name but Tevita Uluilakeba Mara. There is only one military character that sufferers really hate and that is Ului Mara. What is he trying to do now? Just because he had no job after being booted from the army for trying to be the commander –mai yaso mai vale e mino - and did not know where his next meal money was coming from that he had to run away like a real qauri to Tonga. He did not last long in Tonga because the Tongans too have no spare money for a squatter. Sa leqa levu vakailavo tu mada na matanitu o Tonga. Does he not know that? He and his parasite family members do exactly that. They leach on government funds, yasana funds, others funds. He has some relatives like his sister Ateca Mara Ganilau who pretended to be decent to head the Lau Provincial Council. Vinaka ga ni a qai Mrs. Ganilau ka sega ni a Mrs.Monte Yee - the Chinese guy from Marist Brothers High School with a green car that she –Ateca Mara was always in –that Is why she failed Fiji Junior numerous times, more than three times se vakavica li Sister mai St.Josephs Secondary. E laki lesu tiko mai na gauna ni sereki mai NZ e rau sa pasidia tikoga kei Dawn Gibson ena motoka nei Monte Yee. A kamikamica dina o Monte Yee ena gauna oya. U ena sara qito li ni gonevuli, joka ga o Monte Yee ni nona yalewa voli ena vica na yabaki o Ateca Mara kabikabi ni kabita voli na I lavo ni kai Jaina. Sa bukete, kacivi lesu mai o Ratu Epeli mai Sandhurst me mai vakamautaki koya ni sa voleka tu ni kacabote me vakasucu…ke ko a vakamautaki nomu marama totoka ni Rotuma ka DNA taki rau na luvemu ka rau sucu ena 60s, 70s until 1978. Isa e dua e kila se cava e a vuni leqa nei Monte Yee? RIP Monte Yee.
ADI VA,Cologne, Germany.

Please take your verbal bitch-slapping to those of whom your intellects intertwine, cuz it aint here heffa.