Does a collective conscience exist with Fiji Junta supporters? 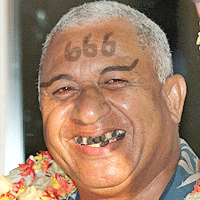 Email ThisBlogThis!Share to TwitterShare to FacebookShare to Pinterest
Labels: Does a collective conscience exist with Fiji Junta supporters?

Come now! Does a "collective conscience exist"?. It did as per some ideological, arrogant, and maybe even well-intentioned motivation - EXCEPT that ego, personality, arrogance, self-preservation, holier-than-thou attitude, a realisation of exactly what they have done and a desire to stave off the inevitable has kicked in. Remeber back nearly a century ago, some of these people would eventually be left hanging from lampost cross-bars. We're all so much more civilised now though (AREN'T WE?).
I'm sorry but I'll not shed a tear if that's how they end up though I may shed one for their whanau. (Just one).
These arrogant sods after all have hijacked an ENTIRE nation because they were SO "paternalistic", so arrogant, so self-obsessed and self-interested that THEY thought they were somehow better than others, and that they knew best.
The statistics actually prove otherwise.
In terms of history - their position is only temporary - something they haven't come to terms with. They're SO arrogant, they haven't actually considered what they're leaving behind, OR the shit they're leaving their mokopuna. SHAME