International Concern over non-existent Rule of Law in Fiji 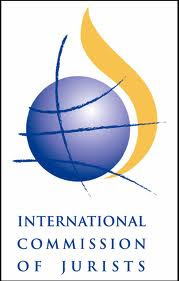 More pressure on Fiji over rule of law

A prominent Australian legal figure says sanctions on Fiji might have to be tightened in order to pressure the interim government over the rule of law in the country.

John Dowd, the President of the Australian branch of the International Commission of Jurists, was responding to a report backing up claims that some people in Fiji have been prosecuted for political reasons. Ratu Tevita Mara, a former senior Fiji military officer says he was at meetings of the ruling Military Council at which political opponents of the coup installed military government were targeted for prosecution.

Posted by Discombobulated Bubu at 6:11 PM

Email ThisBlogThis!Share to TwitterShare to FacebookShare to Pinterest
Labels: International Concern over non-existent Rule of Law in Fiji