On the 19th of january, 2012, the Young People's Concerned Network (YPCN) of Fiji released a Press Release with a rejoinder to the regime's accusations against young people.

"If long standing Democracies like the United States and Australia, decide to have Anti-Terrorism Laws that are labelled discriminatory and repressive, this does not mean Fiji can to do the same, as it is unreasonable to compare the POAD2012 with other Anti-Terrorism Laws given Fiji's Human Rights track record"

"Even in the USA and Australia, critics often allege that anti-terrorism legislation endangers democracy by creating a state of exception that allows authoritarian styles of government and they challenge the Law in their courts every day.

For this Decree to work, we should have had a generation worth of Human Rights and Civic Education programs already in place".

Responding to an earlier press release by the YPCN , the Regime's toxic (dis)information sporangium, Mrs Sharon Smith Jones (an Australian national employed by Bainimarama's regime) labelled the young peoples opinion as "ignorant", and accused the YPCN of attempting to manipulate public sentiment. 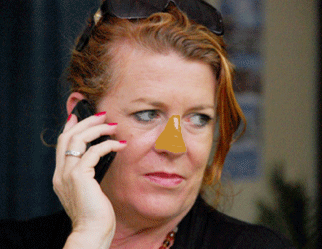 Miss Smith-Jones (not known for her abilities as a Historian) sibilates that young people have "misread" Fiji’s recent political history .......

and - further claims that her latest Decree is a step to :

..." prevent and Combat domestic and international terrorist threats in all their forms“.

Waqavonovono says that the Government Press Release is also the first time a Government Official has revealed the type of "terrorists" they are keeping an eye on, which seem to include Politicians and Religious Leaders who have or continue to engage in their daily activities.

"To also suggest that people who do not believe in interfaith and multicultural values can now be seen as Terrorist and isolated is a far cry from the amount of red tape and legislative rationale behind terrorism-like Laws adopted by The United States of America or Australia, whose judicial systems also provide much checks and balances to ensure misuse is meet with remedies" (not present in Fiji)

The YPCN is also very mindful of the Human Rights track record of the regime - which includes :
..... and does not see much changing under the decree.

Waqavonovono, who has also been detained on occasions by the Junta for his pro-democracy values said that, the regime could not realistically compare the Decree to the Anti-Terrorism Laws of other nations.

"This is because in Fiji, the necessary awareness and education in understanding, human dignity, Civil and Political Rights are not even understood." 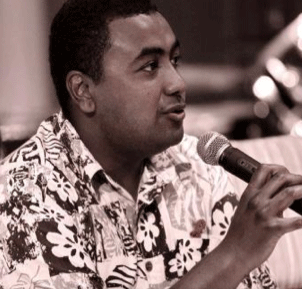 In the YPCN press release, Waqavonovono points out that the regime's poor human rights track record and inability to defend human rights defenders, politicians, and pro-democracy advocates whilst in arbitrary detention is a compelling reason to seek a re-look of the powers and provisions in this Decree to provide for more checks and balances.

If their Decree's cannot consider human decency, and recognize a separation of powers, he says, Youth of Fiji cannot possibly take the Regime's promises seriously.
He also says that in the opinion of the YPCN, it believes that that in the wrong hands the POAD2012 can turn people away from engaging in future consultations with the regime to deliver Constitutional and Electoral Reform.
As if to draw attention away from the heavy-handed dismissal of the young David, the Goliathan Jones, perfidiously said the regime "valued" youth and praised their own Junta Youth programme.


But Waqavonovono was quick to remind the hubristic Jones of the regime's audacious acts as follows :

Followed by a full break down of the State's Value of Youth as indicated in the 2012 Budget :

Therefore the Regime's value of the Fijian Youth is $2.41 per youth.

Waqavonovono asks for more voices to hold the regime accountable and remind them of their promises.

"As the nation moves towards restoring our Democracy, let us never lose sight of our responsibilities and roles in shaping this nation"

YOUNG PEOPLES CONCERNED NETWORK  www.ypcnfiji.com - ypcn.sec@gmail.com  The Young Peoples Concerned Network FIJI is a group made up of strong minded and strong  willed young people of Fiji who are concerned about issues that affect them and understand the importance of having their voice heard and taking direct action to shaping positive change.
Posted by Discombobulated Bubu at 9:14 PM

Email ThisBlogThis!Share to TwitterShare to FacebookShare to Pinterest
Labels: Young People of Fiji respond to Junta's justification of "S