Shazzer on Bhai vs Ghai , Vulagi and Qorvis and More 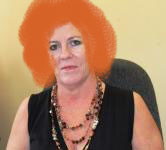 
I was so disappointed with you on Tuesday. Normally you are so reliable I went to the Holiday Inn to wait for you to bring the hatchet job on Cash Guy. I ordered that very expensive bottle of Pinot that you like, thinking you would be paying. I waited and waited and after I finished the Pinot I ordered the house Merlot as I realized I might be paying after all. No don’t worry I was not lonely as it was Melbourne Cup day and the Holiday Inn was packed. You should have seen all the plebs jockeying for position to come and talk to me.

We still need to destroy the old fool’s credibility. How dare he challenge our Glorious Leader? I thought he had been 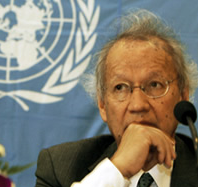 briefed properly and he understood this whole constitution process was just a sham. The constitution has already been written and all he has to do is go through the motions so we could hide that our constitution was created by Bainimarama for Bainimarama. Instead we now have to manage the situation and that means showing that Cash Guy did not understand Fiji or the Fijians and was producing an inappropriate constitution that included democracy, free speech, free press, government transparency and accountability. Is he stupid or something that he does not realize a dictatorship cannot allow any of the above?

I am feeling let down by all you bloggers. At great expense we flew in CrazyWelsh, put him up for a few days, gave him a driver and told him who to meet. The first thing he does when he gets back home in NZ is to announce that he was beholden to me and would write whatever he was told. To make matters worse he then said he kept quiet about being in Fiji because he was scared for his life. He gave the impression that Fiji was a lawless country where supporters of the dictator could get “Fixed”. Doesn’t he realize the boys in green are the only ones to “fix” people?

Crazy is really the wettest blanket I have ever met. I teased him one day and said the FIJI SUNk was going to do an article on him and say this great professor was in Fiji. He turned white at the thought it might become common knowledge he was in the country and asked me to stop it from being printed. I said it was too late for that and he started to beg me get 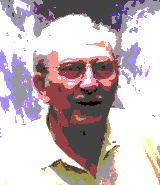 him on a flight back to NZ before the paper was on the streets. I was feeling wicked so I said I would go back to the office and see what I could do. In fact I went down to the bar for a couple of glasses of red. I then went upstairs and said I had got the story pulled. He was so grateful it was pathetic. He really is a wimp.

I don’t know what it is about both you and Crazy. As soon as you start to earn money from the Banana Republic of Fiji you both have to announce it to everybody. Don’t you both realize it turns your credibility to Zero.

To stop such stupidity in the future I am going to insist the next time we are together you swear ‘The Sacred Hypocritic Oath of Spin Doctors’. It is a simple ceremony. You place your right hand on Decree 29 - Media Industry Development Decree and repeat the following words in presence.
I know you have been concerned by the conflict of interest in your current position. That you were a once proud, award winning independent journalist who was once so highly thought of that you were asked to sit on the committee that wrote the Australian Journalists’ Code of Ethics. And now you try to claim nothing has changed even though you have been bought and paid for by Qorvis.  Don’t worry once you have taken the Hypocritic oath feelings of shame and guilt will be a thing of the past. You can stop worrying about ethical clauses like:

Just think you will be able to make even more money than currently. I know you are already double dipping getting paid by Qorvis and the FIJI SUNk for the same article. Don’t worry we are all doing it.

You could make even more, get yourself hired by Julia Gillard’s PR firm and still act as the ‘independent’ host of your TV show, the Grubby Divide. Having sworn the oath you won’t feel any guilt as you lob soft questions at the Labor politicians and save the really hard ones for the liberals. You will just enjoy spending the money on me.

Your honesty about being paid by Qorvis has made you break the first law of being a Spin doctor. Never become the story!

You have appeared in Island’s Business and I quote from their article “Small wonder then that his (Grubby’s) arguments in defence of juggling two hats and justifying the charade look like the proverbial fig leaf.”  There has also been a lot on the blogs about your credibility and this piece by thetroublesome professor Edge is close to pushing you into the abyss. 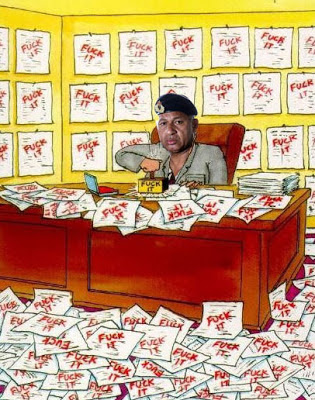 I want to thank you for your help with the scrap metal thing over the last few weeks. This Government flip flop should never have happened and was just a misunderstanding because some junior lackey got involved.
Basically the AG has got a controlling interest in a scrap dealer in Vale Levu. I am not allowed to say the name but in the ministry we call it “Aiyarse’s Crap”. Anyway he has been using the licenses to get control of the industry and he has been using the manhole covers to get rich quick. At night he sends out his driver and bodyguards in his official car. They steal the manhole covers and put them in the back. The police would never stop his car but even if they do, it won’t matter as his windows lack transparency. The boys take the metal to his scrap yard and he sells it on and makes a fortune.

You know how he is he always likes to get more efficient. So he is going to send Aunty Nur to the Suva City Council to do some consultancy on the issue and to make her usual half a mill fee. She will tell them that they will save money if they just pass the money for the new covers directly to Aiyarse’s Crap. That way he won’t bother taking the covers in the first place and so they won’t have to pay the labor on replacing them and Aiyarse won’t have to pay his bodyguards for taking them. As ever with Aunty Nur it is a Win Win for everyone.

I see we have taught the Sri Lankans everything we know about running a compromised judiciary. Or have they taught us. I am not sure which but their chief justice is being impeached for corruption.

Next time you write a speech for the PM you have to lose the big words. He can’t say them properly and he ends up sounding like one of his drunken Melanesian brothers speaking Pidgin. It is not very statesmanlike. It takes a bit of getting used to writing speeches for him. I find it useful to read a few of my children’s books before beginning to write so I can use the age appropriate vocabulary. (Those are 2 words you can never use)

Please don’t let me down again.
Hugs and kisses

Email ThisBlogThis!Share to TwitterShare to FacebookShare to Pinterest
Labels: Shazzer on Bhai vs Ghai, Vulagi and Qorvis and More