The emotional power of video 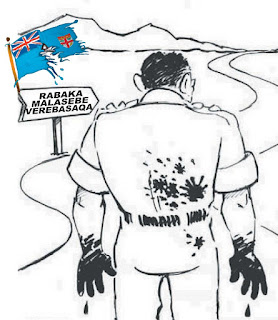 The late American media theorist Neil Postman postulated that video conveys a different kind of truth than mere words can express. While words are best at conveying abstract ideas, moving images are best at conveying gut emotion. While you might hear or even read stories about horrifying human rights abuses in Fiji and have no doubt that they go on, neither oral nor written medium can match the power of watching the actual abuse on video and hearing the pitiful moans of its victims. That's why television was the most powerful medium of all, according to the New York University scholar, who was known for providing concrete examples that helped prove the truth of Marshall McLuhan's aphorism "the medium is the message." But Postman was a noted Luddite who eschewed technology when it began to take off in his latter years. He refused to use email and even insisted on churning out his voluminous writings on a typewriter instead of a computer. Postman died a decade ago, before the Internet really took off with bandwidth speeds that enabled streaming video. That has allowed clips such as this week's torture porn to go "viral" in a matter of hours, which arguably makes it the most powerful medium yet. As a result of the worldwide exposure received by the sickening video of security forces beating and sodomising an escaped convict and his alleged accomplice last November, even Postman's hometown New York Times took notice today.


The nine minutes of shaky cellphone footage are hard to watch, not because of the quality but because of the content. A young man lies handcuffed on the bed of a pickup truck, wailing as he is beaten repeatedly with a thick baton. Later, his assailant switches to a metal rod, the man’s thighs and buttocks already a stark canvas of welts and bruises. A snarling dog drags another victim past his laughing attackers, who punch the man relentlessly as he slumps to the ground.

The video is a stunning setback to the dictatorship's attempts to portray the island nation as safely on the road back to democracy, raising as it does the question of whether it needs to be civilised first. Almost as shocking as the graphic violence it portrays is the official sanction the punishment received from the dictator himself. No sooner had police properly denounced the abuse than the country's self-appointed ruler pointedly stood behind it. "Like every Fijian, we were disturbed to see the video that has emerged of what appears to be the abuse of two men," police Inspector Atunaisa Sokomuri told a press conference before abruptly refusing to field questions. (Hilariously, The Australian mis-attributed the statement to "Fijian military spokesperson Michael Field," mistakenly naming the veteran reporter for Fairfax Media in New Zealand, who would be about the last person to issue a statement on behalf of the regime.)
While impermanent secretary for disinformation Sharon Smith-Johns did her best to put out the fire by promising there would be no further comment on the matter, prime minister Frank Bainimarama simply had to throw accelerant on the flames by demonstrating personally that not exactly every Fijian was outraged. "At the end of the day, I will stick by my men, by the police officers or anyone else that might be named in this investigation,” Bainimarama told a compliant local radio reporter. “We cannot discard them just because they’ve done their duty in looking after the security of this nation and making sure we sleep peacefully at night.” The military commander, who seized power in 2006 and has reportedly brutalised regime opponents personally, left little doubt that he likely ordered the thrashings himself, along with those of five prisoners who escaped earlier last year, one of whom had to have a leg amputated as a result.

The dictator is such a public relations disaster that he can't even get onside with a cover-up of the ugly incidents, instead pointing out their benefits.

A lot of people too don’t seem to understand what came out of the interrogation that happened during that time. . . . One of them was those guys had been taught how to react during interrogation, what to say, how to plead with those people that had arrested them. During the arrest of those Naboro prisoners last year, we discovered that whilst they were still under arrest, people from inside the prison were still calling them on their phones.

As usual, the regime's spin doctors at Qorvis Communications have to be holding their heads in their hands and wondering if it is even possible to help such thuggish morons. Current best practices in crisis management hold that either you clam up and hope the problem goes away, or if that is unavoidable you come clean, admit your sins and apologise, hoping for forgiveness.
Bainimarama has now personally prevented either avenue of amelioration. At least the regime's newsletter, the Fiji Sun, has done its part, mentioning not a word about the offensive video. Thankfully the country's only aspiring newspaper has finally decided to do its job in the face of repeated regime intimidation with its recent $300,000 fine for contempt and new charges of violating the Media Decree. The Fiji Times took the elementary step of interviewing the brutalised prisoner's parents, who naturally lamented their son's mistreatment. Fiji TV even led its nightly newscast with blurred excerpts of the torture session, although degrading the video scarcely lessened its impact. FBC, which is run by the Attorney-General's brother, declined to run clips from the video, focusing instead on police promises of an investigation. Regime blogger Grubby Davis drew praise from some quarters for a balanced analysis of the scandal, showing that he may have finally come to apprehend that effective propaganda cannot be blatantly one-sided. Yet the rhetoric he used left little doubt that Davis, like his paymaster, condoned the abuse.

Doubtless many ordinary Fijians are fed up with the kind of lawlessness that saw much of Suva terrorised during the Naboro Prison mass breakout last September. They want a tough response against law-breakers and especially home invaders. . . . The fact is that police brutality occurs the world over. Bad things happen in good countries. . . . In truth, many law abiding Fijians actually like being ruled with an iron fist if it means being able to sleep soundly in their beds at night.

And don't even get me started on Quibbling Croz. "STOP PRESS," screamed Croz in bold atop his blog entry describing the video as "vivid, horrid and looks authentic." No doubt the octogenarian Kiwi received a rebuke from Suva for misreporting that the video "allegedly shows a police beating of two escaped prisoners in September last year," which led to amputation. "Please ignore the sentences n italics," pleaded a panicked Croz. "I am informed the video did not show this incident." The freedom blogs, of course, were outraged and more. Coup 4.5 lost little time using its network of sources inside the country's security services to identify most of the perpetrators visible on the video, allegedly including several former Rugby Sevens national team players and one of Bainimarama's most trusted bodyguards and drivers. But blame for the incident, according to C4.5, lay squarely with "the violence [Bainimarama] has evoked to stay in power and his failure to provide leadership and discipline for police, army and Corrections officers who are assaulting and killing citizens."

He is accountable for the deaths of Nimolote Verabasaga, who was tortured the same way Naboro Prsioners were, the escaped prisoner Josefa Baileiloa who was killed by Fiji police in Suva in July 2008 during his recapture. There was also Tevita Malasebe who died after suffering severe injuries after being taken in for questioning in 2007. People are also right to remember prison escapee David Wise, who was brutally beaten to death in 2001. And we should not forget the CRW soldiers who were killed at his request.

Veteran blogger Discombobulated Bubu pointed out that the type of abuse portrayed by the video was business as usual under the dictatorship, which is well known for keeping its subjects in line with bashings and the threat thereof. "The world was exposed today to what goes on if Fiji on a daily basis. . . . Fiji is being ambushed, wacked and kicked, and prodded up the rear DAILY. The dignity of its citizens are stripped and laughed at everyday by the rascals that make up the military regime." The difference now is that there is video evidence to prove that to the world, despite the friendly face the regime and its propagandists try to put on the troubled isles. No doubt the country's economy will suffer, as tourism is bound to be affected. Coming hard on the heels of such black eyes this year as the rejection of the draft constitution, the profane excoriation by Bainimarama of elderly Catholic priest Father Kevin Barr and his ordered (then revoked) expulsion, not to mention the crushing fine handed to the Fiji Times, the torture video takes to a new level the bad publicity the regime has brought on itself in a matter of weeks.
Almost unbelievably, it then went and compounded its latest problem by cancelling the permit for this year's "Take Back the Night" march organised by the Fiji Women's Crisis Centre for fear it might protest the videoed torture. That not only reminds everyone that the basic human right of freedom of assembly is absent in Fiji, despite the lifting of martial law last year, but it demonstrates to all that even Fijian feminists are cowed by the regime. In any other country, women's right advocates would have reacted by turning out in twice the usual numbers for their annual demonstration and daring the regime to stop them. Forget taking back the night in Fiji. Start with taking back the day.
Posted by Discombobulated Bubu at 6:25 PM

Email ThisBlogThis!Share to TwitterShare to FacebookShare to Pinterest
Labels: The emotional power of video