Famed human rights activist Natan Sharansky, who spent nine years in a Soviet prison, once told his KGB interrogators the following joke: “After the Americans sent a man to the moon, Brezhnev [the Soviet leader] announced that the Russians were going to send a cosmonaut to the sun. His advisers strenuously objected. ‘But he will burn up if he gets close to the sun!’ they pleaded. ‘Do you think I’m an idiot?’ Brezhnev replied. ‘We’re going to send him at night!’”

Sharansky told me that he laughed heartily at the joke, but his KGB interrogators all remained silent. “You see,” he told them, “even though I am in prison, I am more free than you, because I can laugh at a joke and you can’t.”

Dissidents throughout the world understand the power of humor. It reveals the deep insecurity of dictatorial regimes. Egyptian comedian Bassem Youssef summed it up this way: “Laughter destroys fear and opens the doors of the imagination. It is the strongest weapon for deconstructing an oppressive system." That is why satirists are often the first victims of tyranny.


To stand in solidarity with these courageous voices, MOVEMENTS.ORG, a division of Advancing Human Rights, has declared June “Dictator Appreciation Month.” This initiative highlights activists from Cuba to China, who use satire to poke fun at their blundering and oppressive regimes.

“Laughtavists” need all the attention and international support they can get. Youssef, who hosts an evening TV show in Egypt which often pokes fun at the increasingly dictatorial Muslim Brotherhood, is the target of several lawsuits aimed at shutting him up. Syrian cartoonist Ali Farazat had both of his arms broken by regime thugs. Azerbaijani activists were imprisoned for a year for dressing up as donkeys and holding a press conference highlighting government corruption.


Comedians may not think of themselves as human rights leaders, but they have an important role to play in the struggle for freedom. Bold satirical initiatives have unmasked hypocrisy, corruption, and brutality in dictatorships across the world.

A Syrian YouTube sock puppet show reveals Assad to be the fool that he is. Serbian activists taped a photo of Milosevic to a barrel and left it next to a metal pipe in the middle of town. One by one people took a swing at the barrel.

Eventually, the police dragged the barrel away, and the image of Milosevic’s “arrest” spread like wildfire.

No single joke can topple a tyrant, but each one is a small stone cast at an already fractured dam. Subtle pressure is applied every time people laugh at a dictator.


Eventually, even the most entrenched tyrants fall. This is why the “stability” of dictators like Mubarak, Ben Ali, Saleh, and Gaddafi was always a fool’s errand. They repressed their people for a time, decades in some cases, but they all eventually came crashing down. 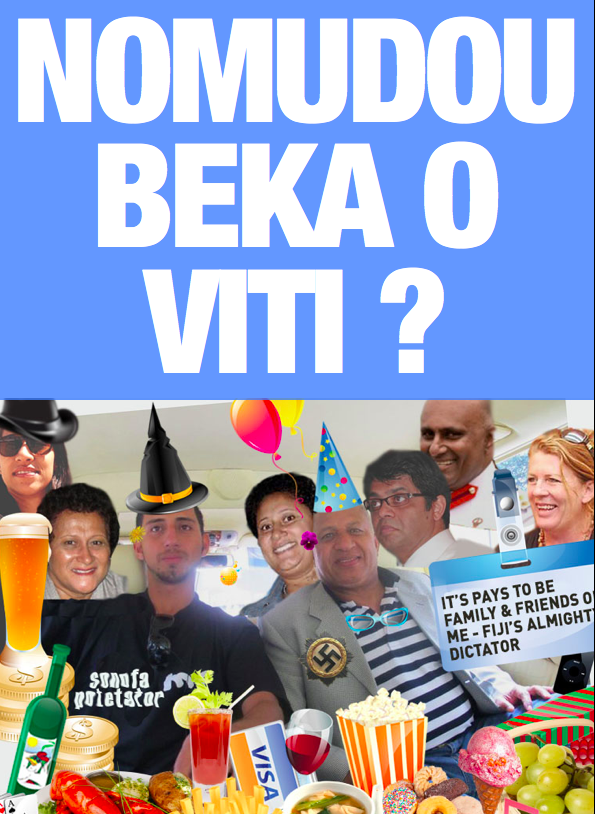 Comedians in the West also have an important role to play in this struggle. Their wit and satire can be a devastating tool when aimed at the right victims.


Dictatorial regimes pretend to be serious, but in fact they are as absurd as they are dangerous. What South Park did to Kim Jong-il in the movie Team America, should be re-done to the theocratic tyranny in Iran and mass-murdering dictatorship in Syria.

Comedy is a cost-effective tactic to unmask this insecurity and undermine tyranny around the world. Only governments that can laugh at themselves will attain lasting stability.

At a recent rally in support of Egyptian president Mohamed Morsi, a man who looked just like the president, Ramadan Sohagai, was mistaken for Morsi and carried to the podium. Sohagai told his fellow Egyptians that he was not the president and nervously pleaded "Please, I don't want to go to prison."

At 2006 White House Correspondents Dinner, by contrast, President Bush brought out a Bush impersonator on stage who stood next to him and ruthlessly made fun of the president. President Obama too has partaken in this long tradition of presidential self-deprecation and hilarious speeches at the Alfred Smith Dinner and White House Correspondents Dinner.


Democratic leaders are confident enough to laugh at themselves. Dictators are not.

In honor of Dictator Appreciation Month, go out and make fun of a tyrant today. Goodness knows they deserve it—and fear it.

Like The Daily Beast on Facebook and follow us on Twitter for updates all day long.
David Keyes is the executive director of Advancing Human Rights and co-founder of CyberDissidents.org. He is a contributor to Newsweek/The Daily Beast and has written for The New York Times, The Washington Post, The Wall Street Journal, Foreign Policy and many other publications. He can be reached at david.keyes@advancinghumanrights.org.
Posted by Discombobulated Bubu at 6:38 AM

good one. how about this?

how many Fijian soldiers in franks army does is take to shoot a bullseye???
answer: 501.
One to hold the rifle and 500 to move the bullseye into sight.

Good one Bullseye ... interesting to see this KANA LOTO gang in one picture, all smiling about how good it is to be in the inner circle.

how many Fijians are in the Fiji army?
answer: only one Fijian (muslim) and 9999 itaukei.