Fiji's imposed Constifution has no legitimacy

Now the cunning plan has been revealed in all it's gory detail.

The world community was conned last year into donating millions of dollars for world respected Constitution expert Professor Ghai to come to Fiji and collect submissions from the people for the so called walk back to normal democratic process.

As the Fiji Freedom Bloggers suspected, the Ghai draft was soon burnt and discarded, and the hi-jacking process continued by the Arse and Bai combination who took all the work put into the Ghai draft, and merely shifted words around, copied and pasted from other Constitutions around the world, and inserted paragraphs here and there to make it look like a legitimate effort was being made to take Fiji back to normalcy.

In essence we the people of Fiji know the truth.

Read what Randell Powell SC (former appeal panel judge that in 2009 found the 2006 Fiji military illegal) had to say in this interview with ABC's Geraldine Coutts:

The document includes significant changes to the electoral system paving the way for elections before the end of September next year.

Under the constitution there will be a single-chamber, 50-member Parliament, with elections every four years.


POWELL: There are a couple of fundamental problems with it in my view. Look, the first is one of legitimacy. The preamble of the Constitution begins we, the people of Fiji, but the author of the document is the current regime. The draft Constitution has not been put to a referendum. It's been imposed on the people.
Now, this is not a mere matter of words. Constitutions are instruments of consent. The rules that people consent to be governed by and again, it seems to me it's obvious this Constitution or proposed Constitution has no legitimacy, which leds to the second point.

POWELL: That's true. So this is a document being imposed upon the people by an unlawful regime.

And, of course, it leaps out from the Constitution because of Chapter 10, which deals with immunity. The poison of what was done in 2009 with reported abrogation of the Constitution, subsequent rule by decree has found its way into a whole chapter in this new Constitution. 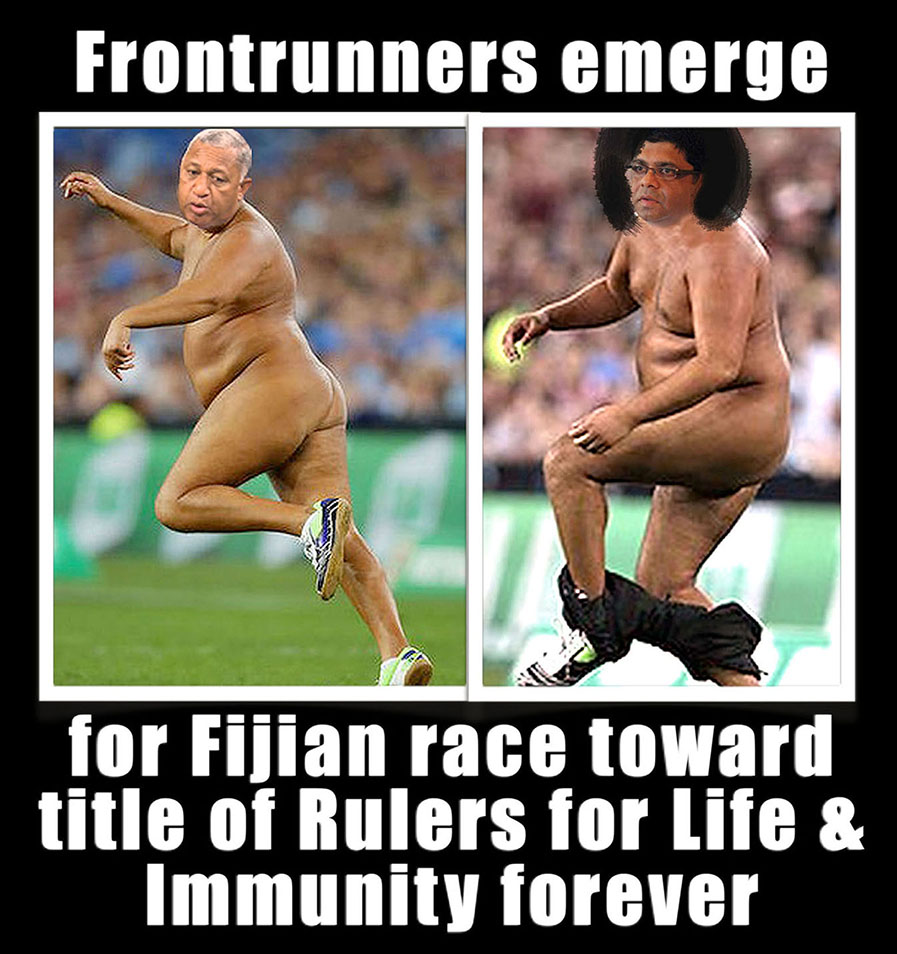 Chapter 10 provides that all those involved in the coup of 2006, and the abrogation of the Constitution in 2009 and the unlawful regime since have and I quote "absolute and unconditional immunity from prosecution".

Immunity that they gave themselves in various decrees in 2009 and 2010. And this document says those decrees are to continue in existence and may not be revoked.
And then Section 158 of this document provides that not withstanding anything in this Constitution, this immunity shall not be reviewed, amended, altered or appealed or revoked.

So if there is a supreme law, it's this immunity.

This immunity and the immunity decrees ?? take precedence over the Constitution.

I mean this very provision by itself makes it clear that this is not a document of the people. It's a document by the current regime.
COUTTS: How much credence can we place in this. I mean is there legal precedence where a Constitution cannot be tampered with anywhere or anyhow. I'm sure that there are provisions that changes in the future or changes of the time will allow for a tweaking and rewriting somewhere along the line, but you're saying this can't happen?

POWELL: Well. I don't know of any Constitution that cannot be changed, because, as I say, by definition practically without stating it as it does in Section Two, the Constitution is the supreme law and he's part of the law, which takes precedence over the supreme law.
I mean the Constitution itself, I don't have a great deal to say about it. It's a model of rights and freedoms and in fact, picks up many provisions of the abrogated Constitution. I mean, for example, both Constitutions provide that the Prime Minister can only be dismissed if he or she loses a vote of confidence in parliament. But what would such provisions in the light of Fiji's recent history. The Prime Minister in 2006 did not lose a vote of confidence in the parliament, but he was dismissed anyway.

COUTTS: So the single Chamber 50 member Parliament. Is this also suggesting that whoever's in power at the time, will have greater control and what you've explained so far is that the military is going to have continuing control into the evermore?

POWELL: Well, I agree with that. There is nothing to, it would make it easier it seems to me for the military man to be elected President certainly. Yes, there's no house of review, that is a problem.

POWELL: Well, I think all future governments would be cognitive of the fact that the military will be looking over their shoulder, so they will be careful in what they do, lest we have another coup. I mean that's the continuing problem and the more coups we have, and the less stable the Constitutions, and the shorter the periods of the Constitutions endure, the more difficult it is to have a functioning Constitution.

I mean it's all about political context. I mean in 1936, in the midst of the Great Terror, the Soviet Union proclaimed a new Constitution, which was hailed as the model of rights and freedom, but the political context was a one party dictatorship and anyone seeking to avail themselves of the Constitution's theoretical protections would have ended up in the gulag or dead. Now, the people of Fiji may not have that to fear, but they will know and their elected representative in it will know that this new Constitution will not protect them from the military. And in light of that, well we'll have to see whether the document proves to be worth more than the paper it will be written of. But for that to happen, the military will have to completely disengage from the political process.

COUTTS: Are there any positives from this particular stream of thinking that can be gained, because the interim government has declared that they have put an end to the coup culture. There will be no more coups. Does this Constitution in anyway support that?

Email ThisBlogThis!Share to TwitterShare to FacebookShare to Pinterest
Labels: Fiji's imposed Constifution has no legitimacy

sorry mr powell but you forget that the majority of the people in Fiji are indigenous people and their rights have been watered down to the extent that the only protection they have is to be a majority in government. fijis history is a sad one in terms of race relations. when the non indigenous get political power the military indigenous people will take the government down. this constitution will create more coups and really bad ones than ever before. sadly that's the reality on the ground.

Yes we are cursed indeed!

Bubu, just give up. It's a great constitution. Go back to doing your crappy Shazza and Grubby routine. Unfunny and irrelevant. Loser.

@Anon 7.08 pm .... Thanks for your views but fat chance of me giving up with my scrutiny of your beloved regime. Funny how you sound just like Grubby . Hero of yours per chance?

yea anon 708pm it is great for you if u not indigenous cos you can govern them and choose your piece of dirt without the indigenous having a say...your constitution steals their identity (all Fijians now), destroys their chiefs and governance, puts hurdles in the way they practise their religion, all at the guise of equal rights...and u forget that the indigenous people make up the majority in Fiji...deceitful legal process by the minority.