Bush Law or the Rule of Law ?

This week we witnessed another death at the bloodied hands of the Police and Military in Fiji.

Police/Military brutality is wrong. It’s morally wrong. It costs us the families and taxpayers much hurt, misery and and a lot of money.

It’s not an effective tool for preventing or reducing crime. Even if Teleni, the superficial Police Commish and Aiyass refuse to look at what happened to Baleiloa as a crime, it is still a fact that police/military brutality is still a crime.

Before the combined beatings endured by the now dead CRW soldiers Selesitano Kalounivale, Jone Davui, Epineri Bainimoli and Lagani Rokowaqa in 2000, ..... and the now-dead civilians Baleiloa, Rabaka, Malasebe, Verebasaga in 2007 and 2008 at the hands of policemen dressed like military or military dressed like police , I assumed that the apologists for and proponents of police/military brutality were merely maladjusted. Now, I’m not sure.

It seems there is a loud and dysfunctional minority in Fiji that actively supports this type of thuggish behaviour.

These supporters of thuggery could not care less about the truth of any incident even though they come out with some kind of "politically correct" statement every now and then ... Shyster Shameem, Father Arms, Aiyass Khaiyum, Archbishop Mataca, Akuila Yabaki , and the FLP are all in this shameful boat.

This pro-brutality crowd has continued to endlessly make excuses for bad decisions by those in charge of law enforcement.

Some have advanced the theory that Rabaka was smoking marijuana when he was beaten by police, and that this somehow justifies the way he was treated. Others say that since the Baleiloa was a hardened criminal , he had it coming.

Whatever, police/army personnel are supposed to be trained to make arrests without punching offenders in the face, neck and body repeatedly and damaging internal body organs.

Still, the pro-brutality crowd is not going to let facts stop them from believing what they want to believe.

These people make excuses for brutish behaviour no matter what.

One grog-swiping group theory holds that the pro-brutality crowd harbor resentment because these people either as a group or as individuals did them wrong at some point. Maybe.

I’m not particularly interested in trying to understand the pro-brutality crowd or understand why they support the authorities abusing the rights of individuals.

I categorize them with alcoholics or people addicted to cigarettes.

When they want to get help they can be helped.

Until then, talking to them is a waste of time; no amount of logical rhetoric is going to change their minds.

As Jonathan Swift wrote, "It is useless to attempt to reason a man out of a thing he was never reasoned into."

I am concerned about the people that are influenced by the pro-brutality loudmouths.

Most people in every day life don’t devote a whole lot of their thinking to politics or government issues. They think about everyday things like their friends, jobs, money, families, church, etc. 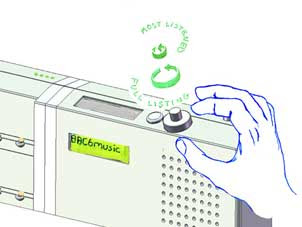 The people that think about politics and government mostly think about what the everyday media outlets cover: national and international issues.

In my corner of the world, most people go along with what they perceive to be the experts and the majority - it is their form of decision making. Everybody does it on issues they can’t or don’t devote much mental energy to.

But the loud minority that condone illegal and ruffian-like behaviour should be treated as outcasts by people of decency.

The pro-brutality crowd does not have a vision for providing effective policing. They merely want the system to be more retributive preferring to see wrongdoers taught a lesson through pointless force. (The same school of thought translates to the methods by which the so called Peoples Charter is being shoved down our throats). .... Force-line.

This doesn’t prevent or reduce crime.

It’s using delinquent activity to clarify and amplify the military's social hierarchy, and to justify their continuous abrogations and arrogations of the law . It’s not good for investment. And it costs us our moral and monetary hide.

The Police and the Army in Fiji now have serious issues. Both these authorities have a very unhealthy climate .

We are now paying for these bad decisions. The average citizen & taxpayer who would rather think about how to pay the coming bills and what to do for food on the weekend is going to have to devote a small amount of mental energy to understanding the problems facing the authorities that are supposed to protect us from the next death.

For the next death could be you.

Understanding these issues is necessary for us to get past the shrillness of the advocates of brutality and deal with the question of whether law and order still exists in Fiji, and whether we appreciate it enough to fight for it's continued existence.

Email ThisBlogThis!Share to TwitterShare to FacebookShare to Pinterest
Labels: Bush Law or the Rule of Law ?

Bubu, you can be sure that those that started out with good intentions but who are basically unprincipled and dishonest, taste the goodlife, and the rest is just history for them. Whatever noble intentions Frank, Shaista, Bubba, Arms, Pryde, or any number of others THOUGT they had are now LONG gone. American Express Gold, pissing in the pockets of others and them pissing in theirs is a real tonic to those that are basically dysfunctional in one way or another. Really, the lot of them might as well be P Freaks - they already behave as though they are - its only their addiction that's different but their brains and capacity for logic, let alone any human facility for compassion or other emotion has long been fried.

Indeed Bubu! Rest in Peace Josefa.
Rest in peace all that suffer or are no longer with us as a result of this coup!.
Frank and others (especially those that have been squealing like stuffed pigs recently) have death on their conscience, but their problem is an inability to view ther fate longterm.
At times I think if they weren't so gutless, I'd be anxious to assist them.

POLICE must order an immediate investigation into the killing of convicted criminal Josefa Baleiloa.

The fact that the injuries which led to his death were sustained at the hands of police officers makes a swift inquiry necessary.

This single case will show once and for all whether the interim regime is serious about law, order, transparency, justice and equality.

Before seizing power in December 2006, Voreqe Bainimarama and his supporters criticised the Qarase government and police for doing little or nothing to stop what they claimed were serious breaches of the law.

Close to two years later, all the public can see in this regime is a band of people who will stop at nothing to defend their positions in government and root out all opposition to their cause.

Police Commissioner Esala Teleni has refused to investigate claims of treason against the interim administration.

Earlier, police refused to look into the circumstances surrounding the arrest and hospitalisation of Baleiloa.

The deaths of rebel soldiers during the mutiny in 2000 remain unexplained eight years after the tragic events at the Queen Elizabeth Barracks.

At the same time, however, rebel soldiers have served time for their part in the mutiny and a serious investigation has been mounted into an alleged assassination attempt on some members of Cabinet.

This is a clear indication that there are two sets of rules in this country. Members of the interim regime who feel they were wronged have immediate access to the services of the police force.

Indeed, police officers, as in the case of the propagation of the People's Charter, have become just one more of the many minions who carry out the whims of the interim Cabinet.

It appears, however, that members of the public who feel they have been denied justice have access to the services of the police force only if they are supporters of the interim administration.

This is no way to run a country if you have pledged to support justice, transparency and accountability.

Members of this administration have argued in the past that rebel soldiers who died in 2000 deserved their fate.

There are members of the public who use the same argument apropos Baleiloa.

Justice, however, must be available to all -- no matter their crime or political leaning.

Teleni has a duty to provide justice for Baleiloa's family.

If he cannot provide justice, step down.