Tale of a 'New Order'

Please read the following story from the pages of history with one eye tuned for the similarities in Fiji contained herein. I have always taught my children that History is important because it should teach us much.

Around 1917 the communists in Russia seized power and undertook to build a new society, hitherto unprecedented in the history of mankind . 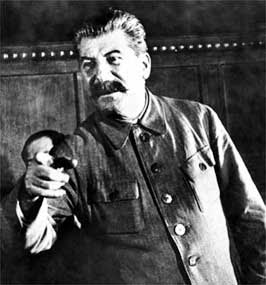 The basis tenets were to create a "new man" in a "new order" with the following characteristics:

- all land was to belong to all for "productivity" sake
- it was to be a-religious: denying God, denying the existence of the immortal soul and recognizing only the material aspect of life as real
- all citizens to be denied ethnic affiliations and become one people
- the meaning of life in the new order was based on the person's usefulness to society which the Ruling Regime decreed would lead to a better, wealthy and happy life of future generations. Recognizing this, the individual would necessarily be happy.
- the Ruling Party of Communists were to have unlimited power over that society.

Immediately it became obvious to the initiators of the new society and creators of the new man that several existing cluster groups of people would delay the implementation of this task. So, the Regime set about harassing, arresting, killing and destroying millions of these people "as a class ," i.e. these included the following peoples:

These people they mocked and incited against each other by encouraging mutual denunciations. And by their continued harassment and trumped up prosecutions , eventually these groups turned into a limp submissive doormat.

In addition political opponents and members of their parties were also destroyed.

All power (legislative, judicial and executive) was in the hands of communists. In their zeal to turn the country into one giant "oneness", they found they had to promise the people some crumbs--termed "material choices"-- until "better times."

However, these "better times" were getting put off continually, until generations passed and no one could see further than the garden post.

BUT what began to happen was that those in power who had access to material things, saw no reason not to avail themselves of these blessings and embarked on amassing & possessing anything their heart desired.

Government workers started to see no reason (since the State used them for their convenience) why they couldn't just "take" what didnt belong to them (ie public property). So they did . Morale remained low and worse, workers did not see anything wrong with "thieving" what they needed. In fact corruption GREW & became worse than ever. This story is a good example.

The worker also became indifferent to his job seeing that he was being forced to do work that he was not appreciated for with the majority of his money taken away in state taxes.

And lastly the individual began to resent the State's demands that he attend meetings and bang on a drum he wasn't happy to drum because
a) it was outside work hours , and
b) State ideals was not something he was interested in particularly esp if he didnt have water in his taps, he had to walk to work because roads were so bad no buses travelled, and no money to send his child to school ..... so he didnt see the point.

The Communist State tried its darndest to destroy the the people's Culture and the Churches by critiquing their values & their leaders, arresting clergy and cultural leaders and pitting denominations against each other.

But they failed as people's faith rose to the surface, so they were forced to "tolerate" new Churches being founded, built, and the resumption of services, baptisms etc. in order to try and remove resistance.

The Communist mind-set in this day and age now tries to use religion to enhance the "morality" behind their idealism.

In regards to the attempt at foisting the "one" brand on all their ethnic groups in Russia, this has been a dismal failure. Instead these efforts led to the accumulation of belligerent hostility of fraternal peoples to each other, individually and as a whole toward the Russian people.

Those with the Communist/Socialist mind-sets continue to spread their methods and propoganda around the world today filling vacuums of power, and crying for "coexistance" and cooperation" after the damage is done ... good examples are Cuba, Hungary, Vietnam, Laos, Cambodia, Czechoslavakia, Afganistan .... the aftermath is followed by world donations and new technologies because everyone wants to believe in good being done.

The communist/ socialist mind set is usually characterised by False Promises and Self- deception coupled with Arrogance. It is a hard thing to oppose arrogance because its not tangible, and when it' s not opposed, it multiplies. Certain freedoms are given lip-service but woe be to those that critise the State.

The word "re-structuring" is used A LOT but actually the status-quo is kept with die-hard opportunistic supporters replacing others. And BLAME is usually directed to political predecessors.

Vinaka vaka levu to the following that kept faith in their principles, morality and their integrity - Fiji Sun, the Fiji Times, my fellow Freedom Bloggers, the Methodist Church, PM Qarase, Opposition Leader Beddoes, NFP, certain NGO's in Fiji, Chiefs that have spoken out, Provincial Councils and other Leaders for their principled stands against the Military Dictatorship in Fiji on the people's behalf.

As I said in my post yesterday the regime is fighting a losing battle against goodness and light. The hardest thing to control is the Human Heart. It is clear the people of Fiji have not accepted the military's warped contention that underneath their malevolent conduct, there was good intent. We have heard that hogwash before with Stalin, Hitler, Mugabe and Amin.

Martin Luther-King said : History will have to record that the greatest tragedy of this period of social transition was not the strident clamor of the bad people, but the appalling silence of the good people.

So people - feel heartened today - get out your pens and computers and get cracking - send letters and emails off to the following people and organisations :

Posted by Discombobulated Bubu at 8:40 AM

Email ThisBlogThis!Share to TwitterShare to FacebookShare to Pinterest
Labels: Tale of a 'New Order'

Worry nai karo Bubu .. the fingers are pointing more and more in the right direction.

The people's hearts have indeed rejected this evil junta.

Well look what happened to them all !

It never ceases to amaze me how the basic idea (both socialist and Christian) of a distribution of wealth according to need; the notion of human rights (even those less comprehensive and endorsed by the U.N, such as a right to life) get so readily corrupted by those who are basically dishonest and criminal in order to justify their actions.
Stalin, Mugabe, Bainimarama, Shameem, Kaihyum, Moore, and even certain religious leaders who've not yet come to terms with what 'leadership' is, confusing it with dictatorial rule. These people are so self-interested and self-obsessed that they have set themselves apart as "elites", turning to extremes at both ends of the political spectrum in order to keep their own gravy train going. Interesting how someone in another blog noticed the commonality amongst these people of "finger-pointing" - me and you, us and them, I know best, do as I say not as I do. These people clutch at anything to justify themselves. They are extremists. It matters not whether their beliefs come from the left or the right politically - I've noticed charcteristics of their behaviour from an extreme left and an extreme right poisition. That is why they are all afraid of democracy and why as history tells us, they are all pushing the proverbial uphill. The longer it takes, the more resentment builds and the more unfortunate their demise is likely to be.