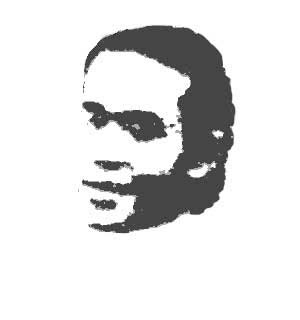 In January 2007, a month after the Fijian coup, a group of young men were detained by the Fijian army on suspicion of buying marijuana. They were taken to a military camp where they were stripped, beaten, and forced to rape one another for the amusement of soldiers. One of them, Sakiusa Rabaka, was beaten so badly he died. In March, eight soldiers and a former police officer were sentenced to four years' imprisonment for their role in the killing. But word is now emerging .... that thanks to the military's abrogation of the constitution, those murdering torturers have been released.

And so the Fijian military protects its own. It's not the first time - Bainiramarama himself ordered the release of his son-in-law, Francy Kean, after he had been convicted of manslaughter for beating someone to death at a wedding. But the precedent it sets is astounding. Thanks to the coup, Fiji's military thugs are now above the law, able to beat, rape, torture and kill with impunity.

Thanks to No Right Turn.
Posted by Discombobulated Bubu at 9:56 PM

I take comfort in the fact that their reward is waiting for them at the Lord's doorstep. They may be able to escape justice on this earth but there is no escaping the Lord's wrath on judgement day. Enjoy your freedom while it lasts because when death arrives at your doorstep, the sentence for your crime is about to begin and it will be without the Lord's mercy.

Bainimarama thinks this slick move is going to get him any credibility?

This hush-hush episode is going to be blasted to the whole world and Tuilaepa's dream of seeing Apia as the new Suva will come true.

"Dialogue" with that Aiyaz.

Whatever and however you turn, it will be CHECK, CHECK, CHECK until you get check-mated out of the picture Bainimarama.

Oh and did you hear? Bainimarama has already been publicly cited as 1 of 3 elephants in the room at the ADB meeting in Indonesia to which other delegates will undoubtedly be most uncomfortable about...snigger!

The YPCN is disappointed with the release of men who were convicted 4 weeks ago for the death of Sakuisa Rabaka, a young man from Lautoka.

The YPCN has since 2007 pushed for better standards for youth and inclusion as well as protection of young people in Fiji. We have used the memory of Rabaka as the corner stone of our work and fuel for our passion.

When Rabaka was admitted at the CWM hospital, a delegation of YPCN members visited the Rabaka and his family. We also argued that young people should not be detained just for been youth, as was the case at that time. We lobbied with many stakeholders even the than interim government.

Through certain blogsites that reported on the hospitalisation and death of Rabaka, the YPCN carried a huge part in informing and discussing the implications of youth hate crimes.

Rabaka's death was a case that many young people in Fiji go through. Where they are exploited and abused by persons with power, isolated from their rights, and pushed conveniently on the side. Many youths in Fiji can testify to the hardships of growing up in Fiji.

Recently, we have been made aware that the murderers of Sakuisa Rabaka have been released over a Community Services Order and are in society. This is totally unfair, and speaks volumes of the value for youth in Fiji by those in authority.

The coup of 2006 was done in name of corruption and the release of coup sympathizers from prisons in Fiji has part of the coup agenda led by Voreqe Bainimarama. Now the leaders are releasing murderers after 4 weeks in prison. how hypocritical and biased.

Youth in Fiji need to be taken seriously and it is about time that we not sidelined anymore for someones convenience and taken advantaged of because of traditional and social implications that prevent youth from voicing their own concerns. Youth hate crimes need to dealt with appropriately if youth are be advanced and prepared for better futures. People convicted of youth hate crimes, must also be seriously dealt with and not allowed to roam our streets four weeks after they were convicted for a four year sentence for a murder of an innocent young citizen.

This is a human right violation and a miscarriage of justice.

The YPCN is discussing a process to campaign against the release and send the murderers back to jail. We owe this to the memory of Sakuisa Rabaka, our hero and the reason youth activism needs to continue under these strange circumstances.