The Stench from behind the Tapa curtain - Na i Boi-ca sa kuvucake mai na daku ni i lati.


THE moral stench that emanates from Fiji’s regime is putrefying and can be smelt all over the world.

“The time has come to be honest with ourselves and stop pretending we live in nicey-nicey, happy-clappy land”

Which is what Frank and Co would like to have us believe. .. Hello ... Atu’s Police Station .... praise the Lord.

To be frank (wonder why I loathe using that term now) , we live in a country driven by military madness. What is happening to Fiji is deeply ghoulish and evilly primal. 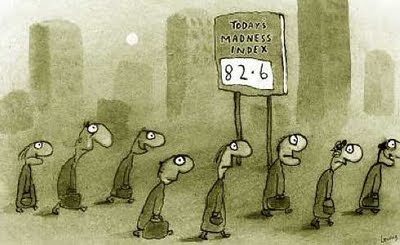 And we experience this unease everyday that we wake up and go out to work.

Each day I meet ordinary citizens who are very principled and who share their opinions; others who show no substance of character but who exist only to bend and twist in the wind, agreeing with Frank one day and siding with Ro Teimumu’s stand the next. These people are empty and creepy and lack a spiritual and moral soul.

Each day we also awaken to see the military and police spooks on their sinister watch in their suwai - in the streets, in our boardrooms and in the internet cafes. A menacing hovering specter in our daily lives.

The killings of Tevita Malasebe, Nimilote Verebasaga and Sakiusa Rabaka caused heartbreak and anger and now has come to symbolize what the regime is doing to the people of Fiji , especially to our young. 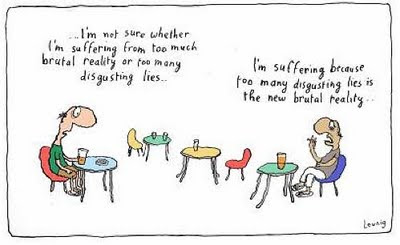 We are surrounded with sad stories each day - children who cannot afford to go to school , whose parents have lost their jobs, young ones forced to steal to live. The disasters of all of our coups continue to be infinitely terrifying and distressing.

I cannot help but wonder as the interrogative lights beam down onto us the itaukei, whether we as parents and grandparents will face the the question from our young ones in years to come :

“Where were you all those years ago when it really mattered? What did you do to change things or were you just ambivalent ? Why didn’t you try?”

I am sure the silence will be unbearable for a lot of you.

But that is for you to deal with.

It is unfortunate that as much as we try and dress it up in vakarokoroko and other cultural aspects, the 2 colossal ( and polar opposite) national traits and weakness of the itaukei - treachery & trickery - me vaka na malumalumu va-cikinovu, kei na rokoroko-va’kanace - remain glaring at us in the face. DAILY.

The same 2 weaknesses that are now the strength of the once glorious but now grimy Fiji military. 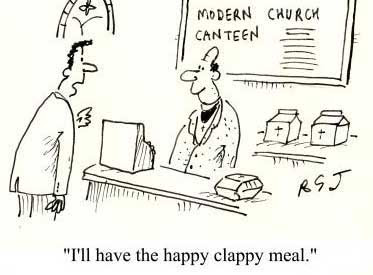 The guns have silenced the Churches , the Political Parties, the Media - the clamour of the peoples voices have been shut down, the brains depart our shores along with their dollars, there is no new investment, the economy is dying a slow but obvious death.

Fiji is on the same path that Burma and Zimbabwe and Nigeria went down - becoming desecrated, traumatized , disorderly and lawless.

But where have all the morons gone that promoted this gutless yellow-bellied coup? The academics, other country’s opportunists, fat-cat businessmen, failed politicians, the resident kaivalagi colonialist writers and social do-gooder commentators - even the odd bishop and excommunicated minister of the cloth who reached out their grubby paws to “help” with the regime’s foul and untruthful deeds.

Do they take any responsibility? What do these brutish maladroits have to say about the pickle we are in and the melancholia which is spreading like the swine flu?

OH BUT WAIT .. some have already worked on their exit strategy - VERY convenient. I note that a very unlikely beer-swilling lad of an academic called Ratuva has weasled his way into NZ (bully land) . Indeed. And whatshisname the $2 million charter-man ex ADB has also fled back to comfortable old bully land. An ex politician also a $2 million dollar man is now to be seen weasling his way through the ranks and all the others are most likely thinking on their exits too - manipulating, scumbucketing and creeping their way back to bula-bula-happy-clappy land. 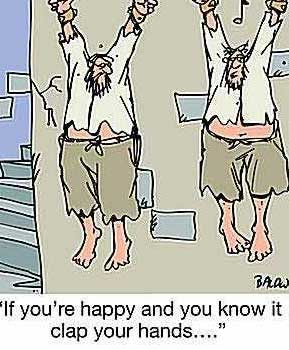 In our bula-bula-happy-clappy land you must be happy-clappy and positive all the time - bad news is tabu.

Leunig also points to a book called “On the Psychology of Military Incompetence” by N. Dixon, where we read that one of the principle factors in the origin of military disasters is the inability of commanders to heed bad news or inconvenient intelligence reports; preferring to lie to themselves, their troops and their nation and to rely on flowery Maoist type thinking. 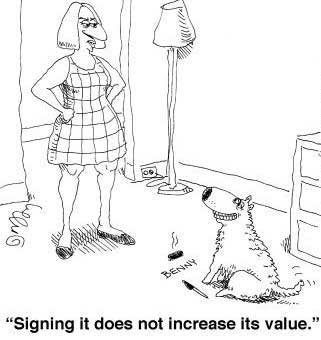 Oh how we do wish to move on from the daily odious essence of boi-da-da ! And worth noting, the wise Leunig also said on this same subject :

“The art of dogs receives very little attention or acclaim, except, of course, from other dogs”.

Whilst Bainimarama's canine cohorts bow and howl and sniff at each others shortcomings and disguise these as national accomplishments , we must never forget what this process is doing and has done to our nation.

We must also learn from it’s lessons.

And learn to concentrate on what is true .

We must focus on that truth and keep it close. Entwine the truth, our principals and our moral fabric together for the sake and future sanity of our nation.

This regime is only perpetuated by us. And why ? What are we? “Malumalumu va-cikivovu” se da “rokoroko-va’kanace”.

Only you yourself are to know, and for some of us oh what a painful truth may dawn! If you dare.
Posted by Discombobulated Bubu at 6:32 PM

Email ThisBlogThis!Share to TwitterShare to FacebookShare to Pinterest
Labels: The Stench from behind the Tapa curtain - Na i Boi-ca sa kuvucake mai na daku ni i lati.

Heavy stuff Nau. I will be looking at the kanace at work today.

Strewth! Right ON D-Bu, Right ON.

You seem to have hit on the reason I've refrained from making comments in a while. If a population under duress hasn't yet realised its been conned by a few egotistical, cowardly dumbfucks, there's not much chance in my convincing them. The trouble is that the longer it goes on (and Frank, Leweni, Teleni - and those egostist that went before like the Shameens), the angrier people are when they wake up.
Personally I don't like Frank's chances of dying of old age, but so be it. People should note the number of coup apologists that have been quietly exiting, setting themselves up offshore waiting to return as heroes.
Remember those that were in it from the start! and even if it turns out to be 2014 (which I doubt), only shed a tear for their families who've been burdened by their arrogance.
These people are really ugly by whatever measure you use (honesty, integrity, arrogance, ego, cowardice) - you choose. No good the Shaista of the Bubba trying to slink their way out of it either when they think the opportunity arises.