"Fiji's main opposition political parties have called on the interim prime minister and interim attorney general to reveal the size of their salaries.
This follows claims on websites opposed to the interim government that they are making more than a million dollars, which is in excess of their other ministerial colleagues."


The general public also are still waiting for the regime leaders to speak up about what salaries they are receiving from the public purse. Not that they are likely to speak the truth even then. For their truth is often their own creation, and they believe every word of it, and bugger us if we do not.

They must also answer Fijian taxpayers as to why their salaries are not being paid from the Treasury but by a private accounting firm in Fiji headed by the interim Attorney General (Kaiyum's) aunty.

The interim regime is fond of tossing the words TRANSPARENCY and ACCOUNTABILITY around, but they are a big FAIL when it actually comes down to it.

This morning Kaiyum put out a typically patronizing press release via brown nosed regime reporter Vijay Narayan on Fiji Village News (which some people cannot read if you are not subscribed), saying that public office holders will SOON be required to reveal their assets.

"SOON" is another creative term much beloved by this regime.

Why not 3-4 years ago when they were asked about it ? And why not now ?

What on earth are they hiding ? 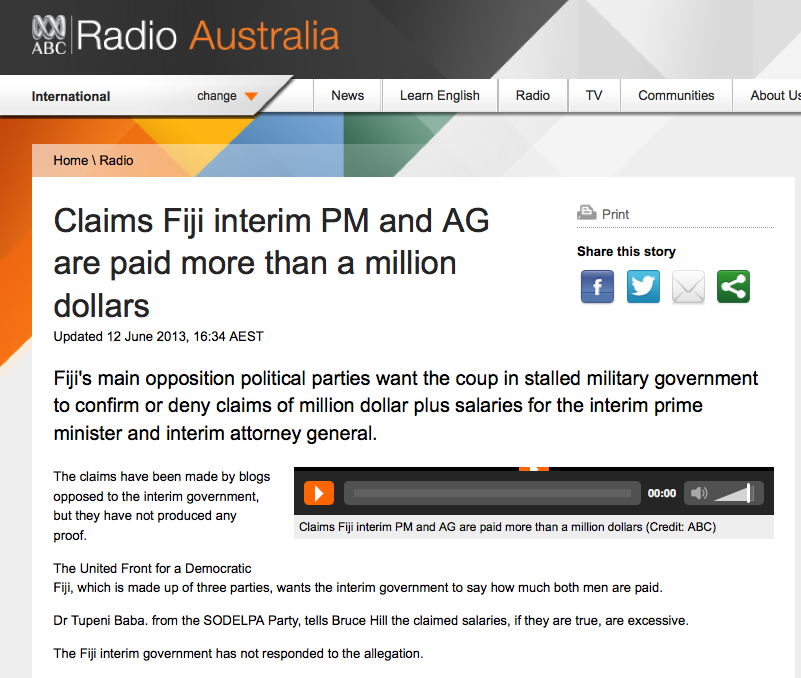 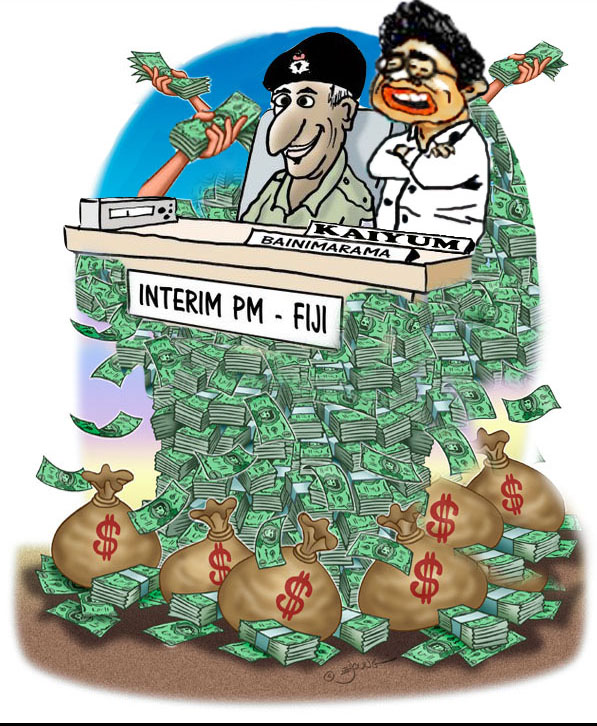 Meanwhile roll on the dough ..... YeeHaa.

Sign the petition for change put forward by all the combined political parties in Fiji here.

Posted by Discombobulated Bubu at 10:54 AM

Does Labour leader Mahendra Chaudhry agree with his Sydney-based son and onetime political heir apparent’s embarrassing attacks on one faith?
We were under the impression that Labour was promoting multiculturalism.
Is the suspended Suva lawyer still in “The Master’s” party?