An inconsistent irrational state of accounts for Fiji

I have re-printed this great Editorial from the Fiji Times 22 Nov, 2008 regarding the Military junta's pathetic attempt at legitimising Government .... no matter how the junta try to disguise it as Business as usual ... we know well that it is not.

Trying to tell Investors all is well in Fiji is a blatant lie.

What is the use of setting up tax free zones and tax incentives if you can get military hostility, banned, threatened, locked up, intimidated and beaten to near death for daring to demand accountability or to ask after the truth?

Not to mention tax free zones miles away from any infrastructure (eg Lomaiviti and Lau .. woilei na ulukau kaiveikau! How asinine can one be?! ) .... and by the way what businessperson is going to be lured to an isolated place with no support structure then be expected to give away 25% of his business ? Even Punja the old fox has come out to say it wont work !

Why should tourist and overseas businesses come to Fiji when there is still no respect for the Rule of Law; criminals do not respect the law, the police and the judiciary have been compromised of their independence, and the Fijian human rights watchdog is in bed with military dogma?

It is quite obvious the military are still wrapped up in their own creation of ego, silliness, wannabes and paranoia. They've roped in a few finance "experts" like John Smarmy and given us a whole lot of hot air just like the Giant Babakau theory. The gaping inconsistencies in this so called Budget are such you could drive Iloilo's Hummer through it back and forth all day and not notice.

Good on ya FT .. you have hit the nail on the head.

"THE Budget handed down by Commodore Voreqe Bainimarama yesterday can be best described as being full of contradictions.

While the Budget aims to protect manufacturers by imposing heavy tariffs on imported food items, the interim Government will hurt hotels and the tourism industry which rely on overseas cream, broccoli, tomatoes, lettuce and fruit.

Protectionism for the sake of protecting local industry does not work.

Local producers and the State must be capable of producing high quality food, fruit and vegetables before seeking protection.

The interim Government should look at boosting the agriculture sector and improving fruit and vegetable yield, poultry and livestock. 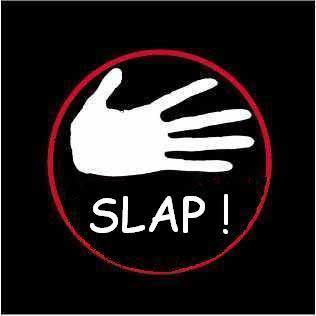 It is nonsensical to argue locals will not be affected because they do not eat the targeted foods. They will be affected through the higher cost of the tourism industry which will have an impact on visitor arrivals.

Why would visitors come to Fiji when it is cheaper to holiday in Samoa, Tonga or at home?

This administration has talked for two years about the people of Fiji being one people and one nation where all are equal. Yet Budget 2009 makes special concessions for indigenous businessmen and their overseas partners in selected industries.

Does this mean that the rhetoric on unity and the proposed People's Charter has been a smokescreen or, worse still, an exercise in hypocrisy?

In recent months the Public Service Commission has warned it will shave the Civil Service of 800 jobs beginning in January 2009.

Yet the Budget documents show an increase in emoluments for most areas of the Civil Service and - not surprisingly - for the army.

Hopefully this does not mean taxpayers must buy back soldiers' unused leave accumulated over the last three decades.

The State salary bill is up by $74million against revised expenditure estimates despite reassurances of a leaner, more efficient Civil Service. The Government operating expenditure has also increased by $120million.

This cannot be allowed to continue.

After so much talk about better control of taxpayers' money, the abuse and misuse of State funds by previous governments, the interim regime has slapped the people of Fiji in the face.

We had hoped for a Budget which would restore confidence. Commodore Bainimarama has done little in that area with Budget 2009."

Posted by Discombobulated Bubu at 9:39 AM

Email ThisBlogThis!Share to TwitterShare to FacebookShare to Pinterest
Labels: An inconsistent irrational state of accounts for Fiji

Those were interesting links and a timely reminder as to what has gone on before. Perhaps the regime relies on people having short memories?

In relation to your former posting regarding the Military budget allocation to themselves I read something interesting on Solivakasama's site :

It was a sure bet that when Frank brought down the 2009 budget the biggest winner by far would be the RFMF. The rest of us are the losers as he throws good money after bad.

Don’t forget the 2008 Budget allocation for the RFMF was $82-million and, depending on which reports and informed estimates you believe, that was overspent by anything from $35-million to $45-million, or in the vicinity of 50 per cent!

But, as a fiscally responsible interim minister for finance, Frank is always talking about “good governance” and any other technical-sounding terms he has learned to pronounce. So we can be sure that Frank, in his infinite wisdom, has done his best to ensure that this gross pattern of overspending is not repeated in 2009, and what better way to do that than by giving the RFMF’s allocation a hefty increase to match the actual year-on-year expenditure? How fiscally responsible is that (yes, I am being sarcastic)?

In the event; Frank used his powers as interim finance minister to increase the RFMF budget to $100-million. It’s a case of Santa Claus arriving early as far as the RFMF is concerned.

It also means that Fiji now assumes a unique position in the world, because when outlays for the RFMF are expressed as a percentage of our gross budget they represent the highest percentage outlay on “defence” of any country I know of, including the really big boys like the United States, China or Russia!

And just think, the only “enemy” the RFMF might conceivably face in the foreseeable future is us, the poor, unarmed and untrained citizens!

Following from @Journo's comment this quip from Ivestor Businessman Colin Bishop on the same site was also insightful.

The prospect of no elections and a budget that is not friendly to a mid size business has meant that if I intend to continue in Fiji I will have to support the company myself. The family trust that owns the company is very keen to increase my shareholding to any additional amount I wish to invest as long as they can reduce theirs.

Basically my family is keen to bail out of Fiji and concentrate on the NZ business.

There reasoning is as follows.
1. They do not believe that the business environment in Fiji will improve until 24 months after elections and for the first time since starting we are trading at a loss.
2. After the rather free financial environment in NZ they are confused and uneasy with the fact that FIRCA doesn’t pay out quickly on VAT refunds and the possibility that money may not be able to be returned easily to NZ in the future.
3. One of the family has been hit hard in the failure of a NZ finance company and is now counting pennies so he isn’t keen to invest further.
4. The Fiji Budget gave us no assistance at all and my accountant daughter doesn’t believe the necessary income in the budget will be generated. She believes the IG will have to devalue in the future and this will hit us hard.

It is traditional in a recession that investment money is repatriated to the home country. Unfortunately the world wide recession this time has arrived just as Fiji needs major new investment.

I will continue in Fiji because I believe in the country and the people but it is getting painful on my pockets and if our experience is being replicated in all other medium size business in Fiji then there is no way the budget income will be generated.